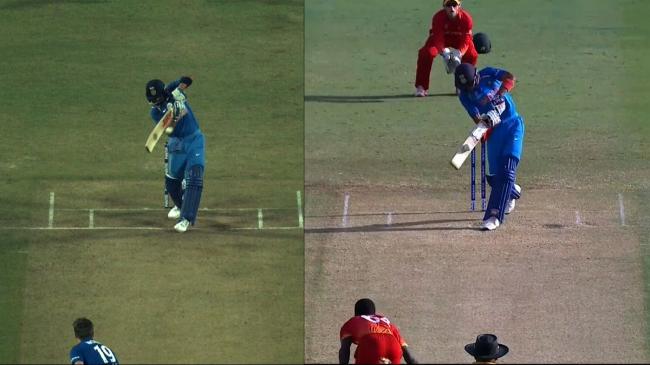 New Delhi, Jan 20 (IBNS): India's Under 19 player Shubman Gill's quickfire 90 off 59 balls helped the Men in Blue beat Zimbabwe by  10 wickets in a Group B clash of the Under 19 World Cup.

India maintained their all-win situation with the victory.

Gill smashed 13 boundaries and a six in his knock.

Gill, however, grabbed attention for one shot he played beautifully with his willow.

The Indian batsman reproduced one particular shot hit by Indian skipper Viart Kohli when he smoked Nkosilathi Nungu for a six over mid-wicket with a short-arm jab.

The shot was played by Kohli  in an ODI against England last year.

Interestingly, Kohli was the captain of the Under 19 World Cup winning team of 2008.