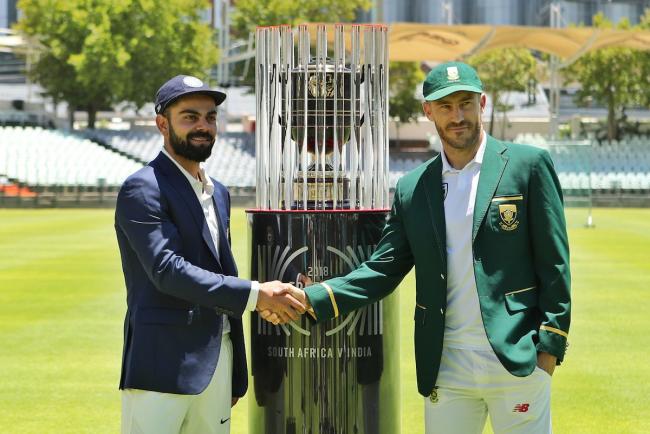 Cape Town, Jan 4 (IBNS): The much awaited Test series between India and South Africa is all set to begin in Cape Town on Friday.

India under Virat Kohli will eye on to register their first series win on the South African soil.

Both Indian and South African captains, Virat Kohli and Faf du Plessis, unveiled the trophy for which the two teams will fight in the Test series.

India under Kohli's captaincy are yet to lose a Test series.

The Indian captain is also in sublime form as he secured the second spot in ICC rankings following Australian skipper Steve Smith.

Apart from the Test series, India will also play a ODI and T20I series against South Africa.