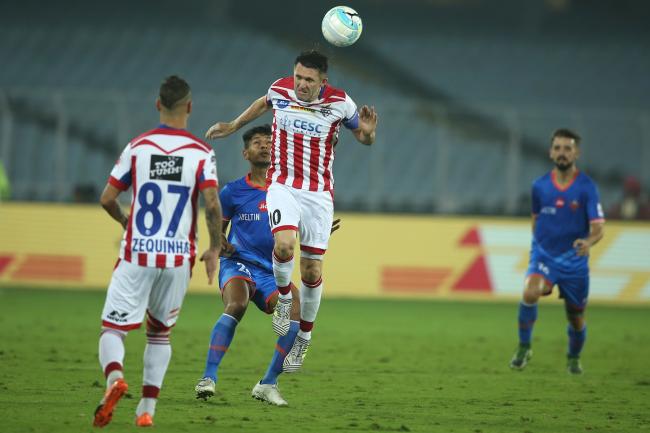 FC Goa fight back for a point against ATK

Kolkata, Dec 3: Two goals within the first 25 minutes of a breakneck first half resulted in an entertaining 1-1 draw between ATK and FC Goa at the Vivekananda Yuba Bharati Krirangan, Kolkata, on Wednesday.

Robbie Keane and Ferran Corominas found the back of the net in an entertaining first half, but despite some good attempts on goal, there was no success in the second session of the encounter.

It was brilliant first 45 minutes of end-to-end football. ATK created three openings in the first five minutes, and one of them translated into a goal when Ryan Taylor's freekick found an unmarked Robbie Keane, who headed it downwards and into the back of the net to set the tone.

Goa rode the initial storm and a long-range curler from Mandar Rao Desai woke the visitors up.

The next few minutes, however, had the referee in the limelight. First, he waved away a penalty shout from Manuel Lanzarote and then allowed play to go on despite ATK blocking a quick free kick from a yard out and finally denied Goa a penalty when Brandon Fernandes was brought down inside the box by Prabir Das, who was already on a yellow card.

He gave a free kick instead, from which Ashutosh Mehta had to make a last-ditch block.

ATK could have increased their lead but Taylor’s haste made waste. Minutes later, Goa taught ATK a lesson on how football should always be played on the whistle.

ATK expected the referee to stop the match after the assistant had his flag up, but the man in charge waved play on and Goa caught the home side napping. Lanzarote found Corominas, who rounded Debjit and smacked it past Prabir's outstretched foot. 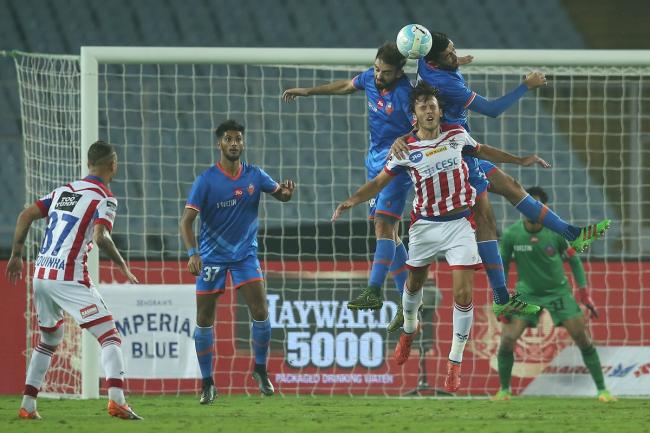 Keane and Brandon then had shots blocked at both ends from a tight angle before Edu Bedia stormed through midfield and took an impressive shot which kissed the far post and went out of play.

The second half was slightly cautious, apart from a few moments of brilliance - one of which came from Corominas. He turned past two men and escaped down the byline before laying it on a platter for Mandar.

The Goan couldn't convert first-time in what was the easiest chance of the match. ATK goalkeeper Debjit Majumder was brilliant as Goa piled on the pressure, beating away numerous shots.

ATK came to life in the last 10 minutes and attacked the visitors, who arrived here after a traveling nightmare which resulted in the match kicking off at 10.45pm.