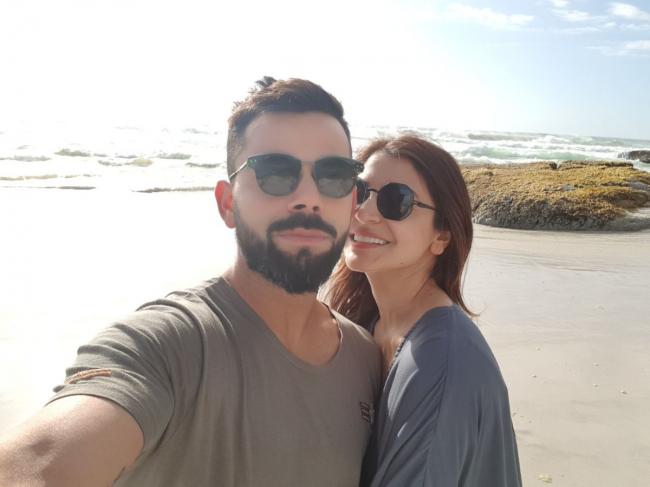 Cape Town, Jan 3 (IBNS): With the presence of lady love Anushka Sharma, Cape Town has turned out to be more beautiful for Indian cricket team captain Virat Kohli, who will lead his team against South Africa over the next two months.

Kohli, who has recently married Bollywood actor Anushka Sharma, is spending a gala time with his wife.

The Indian captain on Wednesday has put up a tweet where the two were seen to spend some cosy time. Kohli captioned the picture saying: "Cape Town is such a beautiful place anyways, and even more beautiful with my one and only!ðŸ‘Œâ¤."

Cape Town is such a beautiful place anyways, and even more beautiful with my one and only! ðŸ‘Œâ¤ pic.twitter.com/1HHbK3Nt6z

Anushka accompanied Kohli to South Africa where India will play Test, ODI and T20I series over the next couple of months.

Though the actor is not expected to stay for that long, Anushka will be seen cheering the Indian team and Kohli at least in the first Test beginning on Jan 5 in Cape Town.

The couple married at a private ceremony in Tuscany, Italy, in December. Later, Kohli and Anushka threw star-studded receptions in Delhi and Mumbai on Dec 21 and 26 respectively.

While Prime Minister Narendra Modi was one of the biggest attractions in Kohli's reception on Dec 21, Anushka's reception was graced by a host of Bollywood stars.

Kohli and Anushka had been dating since 2013 after the two took part in a TV commercial.