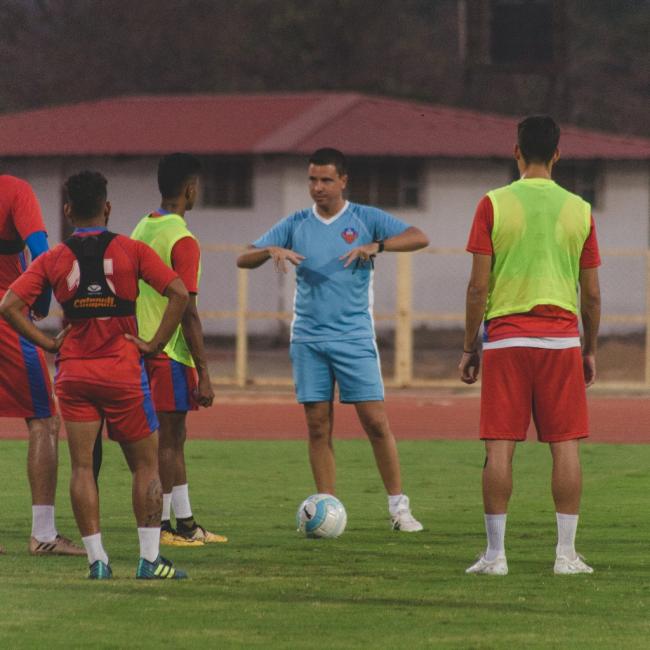 Panjim, Jan 2 (IBNS): FC Goa will look to get their campaign back on track after a shock loss to FC Pune City in their previous encounter in front of their home fans.

After a long break, the Gaurs begin a hectic set of fixtures which will see them take to the field three times in nine days, starting with a competitive away fixture against defending champions ATK. The Gaurs are chasing their first ever victory against the Bengal side and will be raring to go in a bid to get back to winning ways.

Skipper Laxmikant Kattimani put in a good performance against the Stallions in his previous match, despite conceding twice.


He made a number of smart saves to deny the Maharashtrian side and keep the game competitive.


He will start in goal behind the central defensive pairing of Bruno Pinheiro and Ali Mohammed who have both cemented their place in the heart of defence.


Seriton Fernandes has been a top performer for the side so far and Sergio Lobera will keep faith in him on the right side of the back four, with Narayan Das occupying the left channel.

The midfield duo of Ahmed Jahouh and Edu Bedia have been the fulcrum of this FC Goa side since the first match and they are likely to start the game together. Pronay Halder is also an option from the bench. Brandon Fernandes and Mandar Rao Dessai have started all but one match together this season.


The Goan duo will look to continue and help the team get back to scoring goals. Manuel Arana and Adrian Colunga could get a look in as well due to the heavy fixture list. Manuel Lanzarote is the creator in chief for the Gaurs and he will start in the advanced midfield position, just behind top scorer Ferran ‘Coro’ Corominas.

ATK find themselves on the wrong end of the ISL table but are slowly working their way up. The addition of Ryan Taylor to their midfield and the return of Robbie Keane from injury will be of huge benefit to them. Additionally, the club has a number of talented Indian players in their ranks including Jayesh Rane, Bipin Singh, Hitesh Sharma and Keegan Pereira.