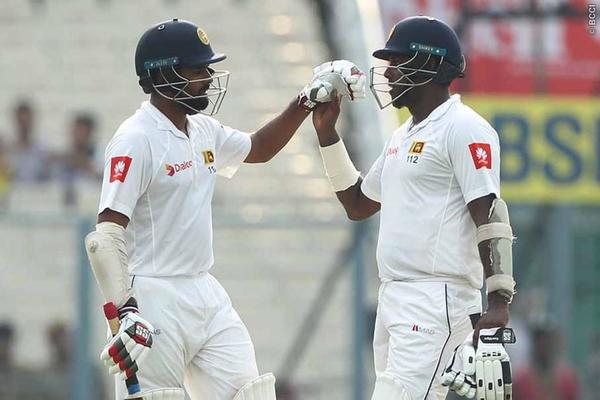 Kolkata, Nov 18 (IBNS): After demolishing the Indian batting order to just 172 runs, Sri Lanka continued to keep a strong hold in the match as they are just seven runs behind India's first innings total at stumps on day three at the Eden Gardens here on Saturday.

The third day of the match, which was much devoid of rain, began with the early strike by Lanka bowler Lahiri Gamage when his delivered ball missed overnight batsman Cheteshwar Pujara's bat to hit the stumps.

Pujara, who was the top scorer for India in the first innings, went to the pavilion after a fighting 52 from 117 balls. When the whole top order of the Indian batting unit collapsed in front of the Sri Lankan team, Pujara tried to stabilise the innings on day two with a knock that consists of 10 fours hit at different parts of the Eden Gardens.

Local boy Wriddhiman Saha, who was looking steady on day two, scored a fighting 29 (83) till he had lost his wicket.

Ravindra Jadeja counterattacked the Sri Lankan bowling line up by displaying some aggressive shots but he too lost his wicket to Dilruwan Perera. 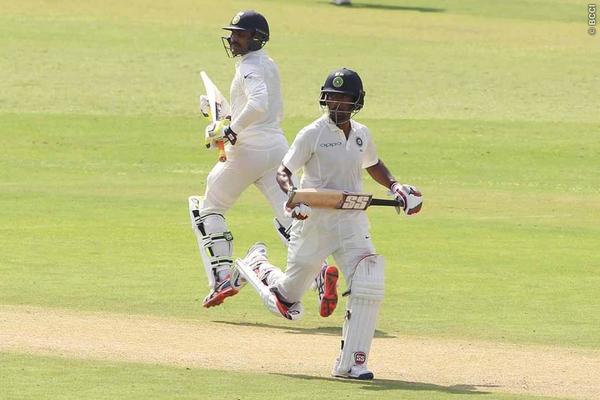 After Saha and Jadeja's dismissal, when it looked just a matter of time for the Sri Lankan bowlers to wrap up the Indian batting, another local boy Mohammed Shami went hard against the visitors to push the hosts towards a better total.

Shami eventually lost his wicket at an individual score of 24 form 22 balls while India could only manage to get 172 on the scoreboard. 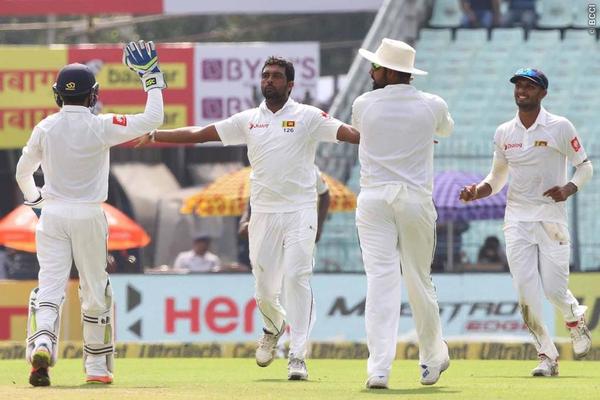 Among the Sri Lankan bowlers who had dominated the first three days of the match, Suranga Lakmal had the best figure with 4/26 in 19 overs. Lahiru Gamage, Dasun Shanaka and Dilruwan Perera shared two wickets each.

Indian bowlers got more or less the kind of start with the ball they had desired as Bhuvneshwar Kumar picked up two early wickets in the form of Dimuth Karunaratne and Sadeera Samarawickrama. 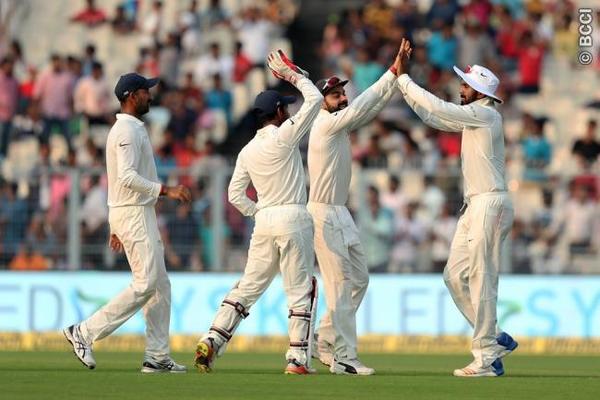 After losing the two wickets, Lahiru Thirimanne and experienced Angelo Mathews have put up a partnership of 99 runs, helping the Sri Lankan team to recover from the early setbacks.

While Thirimanne was dismissed at 51 (94), Mathews lost his wicket at his individual score of 52 (94). Both the wickets were picked up by Umesh Yadav. 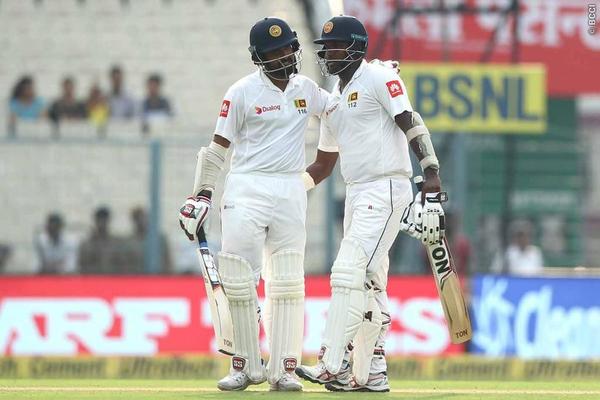 When the two umpires decided to call off the day's play for poor light, Sri Lankan captain Dinesh Chandimal (13) and Niroshan Dickwella (14) were at the crease as the duo will look to continue their slowly building partnership of 27 runs on Sunday.

Indian captain Virat Kohli might be worried as his premium fast bowler Mohammed Shami had to leave the field due to cramp towards the end of the day's play. The crowd at the Eden Gardens, however, cheered skipper Kohli when the latter bowled one remaining ball of Shami's over.