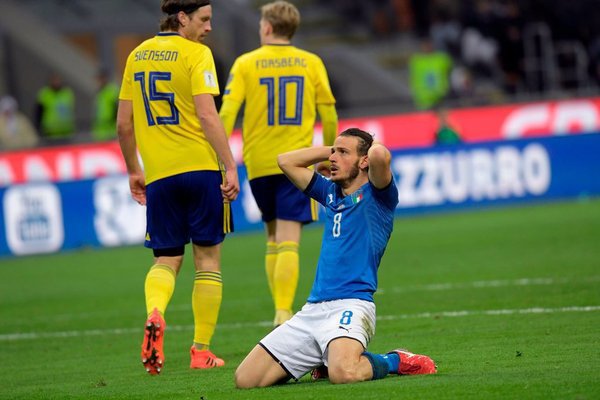 London, Nov 14 (IBNS): Italy has failed to qualify for the FIFA World Cup 2018 to be held in Russia, after losing to Sweden in a playoff match, media reports said.

This is the first time since 1958, Italy will not be playing in a football World Cup.

Italy has lost to Sweden in an aggregate 0-1.