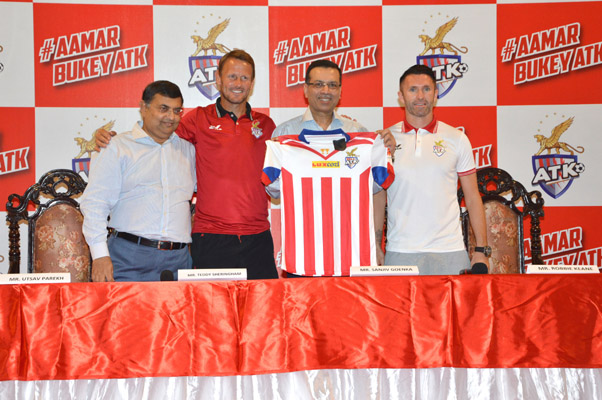 Kolkata, Nov 6 (IBNS): Two-time ISL Champions, ATK unveiled their new official team jersey for the forthcoming season, a symbol of passion for the team and announced the kick start of preparations for the fourth season in style.

“We are happy to unveil the team’s new jersey for the upcoming fourth season of Indian Super League. The new jersey signifies the passion and the burning desire of the team to win. Genesis advertising has come up with an impeccable design for the new jersey . Also ATK has performed exceedingly well in the Pre-Season held in Dubai. I am sure the younger footballers of the team have gained rich experience working alongside legends like Robbie and Teddy," said Sanjiv Goenka, Chairman RP- Sanjiv Goenka Group, Principal Owner, ATK.

“I am eagerly looking forward to the fourth edition of Indian Super League. The team looks in good shape after the Pre-Season in Dubai. It has been exciting so far and I hope that the team will fight to retain  the crown this year,"  Teddy Sheringham, Head Coach, ATK, said.