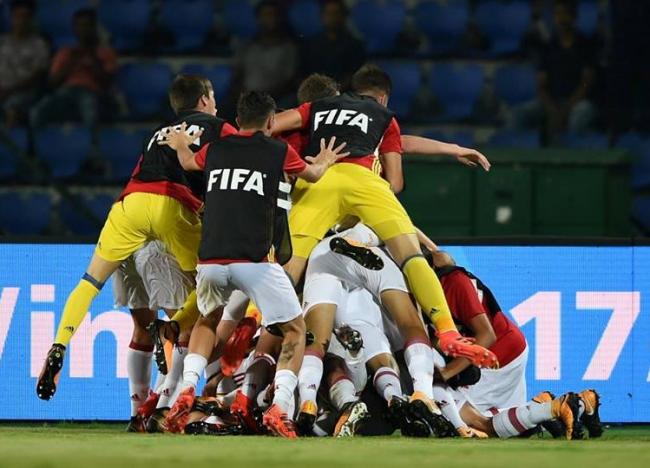 India Blooms News Service | @indiablooms | 27 Oct 2017, 11:50 pm
#FIFAWorldCup, #2018, #Russia
Kolkata, Oct 27 (IBNS): The FIFA Council convened in Kolkata on Friday and decided on a few important elements related to the FIFA World Cup, for both next yearâ€™s edition in Russia and the future of footballâ€™s showpiece competition.

FIFA’s strategic body approved an increase in the prize money for the 2018 FIFA World Cup Russia to a total amount of USD 400 million — 12% up from the USD 358 million of the 2014 edition.

The FIFA Council also ratified the decision of the Bureau of the Council of 6 September 2017 to approve the enhanced Bidding Regulations for the 2026 FIFA World Cup, and appointed the members of the Bid Evaluation Task Force.

According to the Bidding Regulations, the Task Force must be composed of the chairpersons of the Audit & Compliance Committee and the Governance Committee – in this case, TomaÅ¾ Vesel and Mukul Mudgal respectively – as well as a member of the Organising Committee for Competitions (IlÄo Gjorgioski was appointed), together with experts from the administration: Deputy Secretaries General Zvonimir Boban (football) and Marco Villiger (administration).

The meeting in Kolkata covered a wide array of topics and saw the FIFA Council passing a number of important decisions, including the following:

Decision to engage in a consultation phase to discuss a review of FIFA’s women’s, youth and club tournaments. A number of different draft formats will be submitted for discussion with the member associations at the FIFA Executive Football Summits as well as with the confederations and other relevant stakeholders. Final concepts are planned to be submitted to the FIFA Council for approval during the body’s next meeting, on 15 and 16 March 2018 in Bogota, Colombia.

Adoption of the International Match Transfer System for professional women’s football as of 1 January 2018. The regulatory mechanism will enable FIFA to monitor the international movements and transfer market, bringing more transparency to the women’s game and enhancing its level of professionalism.

Recognition of all European and South American teams that won the Intercontinental Cup – played between 1960 and 2004 –­­ as club world champions.