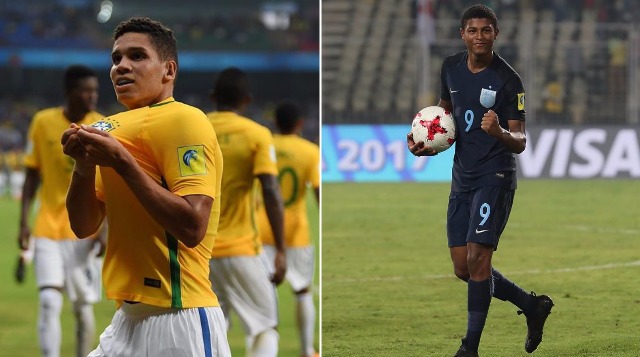 The match will kick off at 5 p.m. at Vivekananda Yuba Bharati Krirangan Stadium in Kolkata.

The match was scheduled to take place in Guwahati but it has been shifted to Kolkata.

Despite the great efforts by all involved parties, including the authorities of Guwahati, to preserve the pitch, FIFA has taken the decision to shift the match following consultations with both teams in order to safeguard the players’ health and to ensure the best playing conditions.

FIFA and the LOC have regretted the unforeseen circumstances have led to this decision, which will deprive football fans in Guwahati of the Brazil-England semi-final encounter.