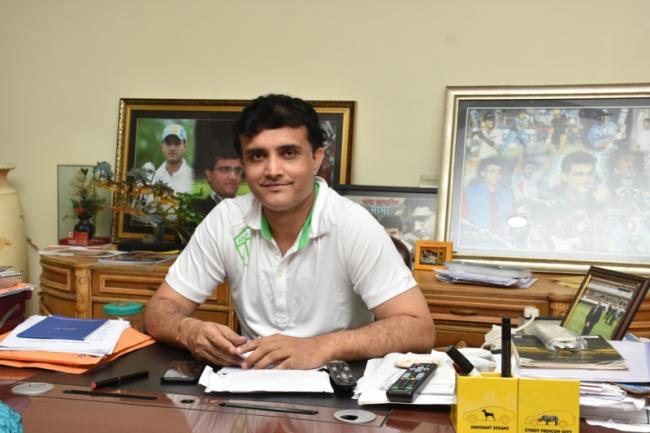 Virat will be remembered as all time great: Sourav Ganguly

India Blooms News Service | @indiablooms | 14 Oct 2017, 10:06 am
#SouravGanguly, #MahendraSinghDhoni, #ViratKohli, #Dadagiri, #Women'sCricket, #ZeeBangla, #Dada, #Cricket, #WorldCup2019, #IndianCricket, #DonaGanguly
Sourav Ganguly is a Bengali icon who in his heydays slogged bowlers across the park. Post retirement, he manages to capture the attention of a million Bengalis worldwide with his weekly quiz show Dadagiri. In a candid conversation with IBNS Canada's Suman Das and Sudipto Maity, the former Indian cricket skipper opens up about his one true love, cricket, and more...

What do you make of the present Indian Cricket team?

They are one of the best in the world at the moment, under the leadership of Virat Kohli.

What do you think about their chances in the 2019 cricket world cup?

You have gone on record to express your love for Virat Kohli. Tell us, in terms of skill and consistency, where does he stands with regards to the Fab 4 that you were part of?

The fab four were a different era, so you cannot compare two different eras, having said that, I think Virat will be remembered in Indian cricket as an all-time great player. He’s young, only 29 years old, he’s still got another 7-8 years of cricket left in him. Virat Kohli has taken Indian cricket to another level. He will do it more. Virat is passionate, has self-pride and wants to win. He’s a great ambassador for Indian cricket. 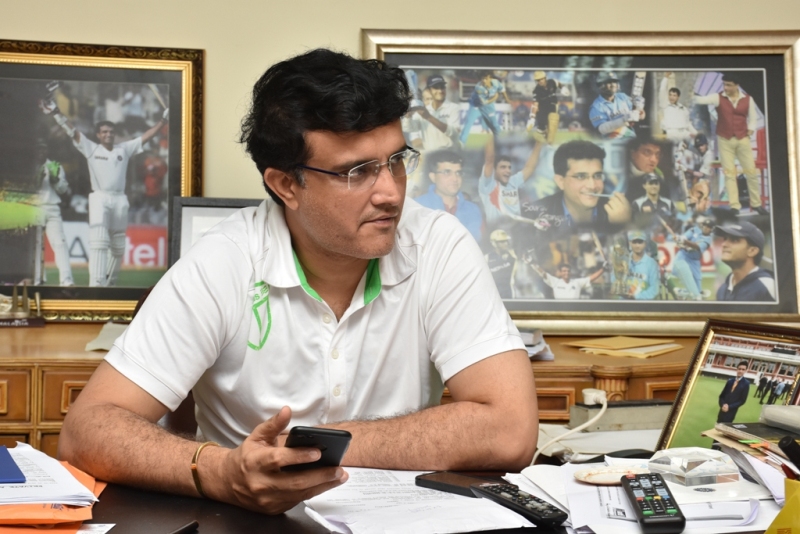 Do you reckon that the Indian team is witnessing the best death bowling from the present pair of Jasprit Bumrah and Bhuvneshwar Kumar?

Of late yes, but we need to judge them over a period of time. A couple of series should not be the yardstick for judgement. Give them a couple of years and then we can find out.

Dada, you had such a big role to play in shaping another great captain, Mahendra Singh Dhoni. Tell us, what is it about men from eastern India that make them such good leaders?

It never used to, but the last two leaders were good. I took over in 2000 and carried on till 2006 and Dhoni took over in 2008-09 till 2015…These were the two captains from east over a period of fifteen years. He did about seven years and I did about six years…I don’t know the reason, it’s just that they were good captains, there’s no hard and fast rule. Both were good players and ultimately became good captains. Dhoni is a remarkable captain.

Do you think Virat will be able to emulate your and Dhoni’s success in terms of captaincy?

Yes…I think a captain is as good as his team. Both Dhoni and I had good teams, Virat Kohli has a good team. So, I think he will do well.

Do you have plans of coaching the Indian Cricket Team in the near future?

(Smiles) I don’t know, it’s too early to say. See, only one person gets appointed as coach. I have gone from different roles, from one to the other…so…it depends on opportunities.

Women's cricket garnered a lot of interests of late, due to the mammoth effort from the girls. Do you think this growing interest is here to stay or will it dissipate as time passes by?

It depends…it’s very hard to predict, but they have done very well. It will depend on how much cricket they play. It should not be from one world cup to the other. To remain popular, they will have to play and win. It’s a continuous process. I think the BCCI is taking initiative in getting women’s cricket regularised.

Dada, has Dadagiri been your biggest achievement since retirement from cricket?

I don’t look at it that way…nothing can be bigger than the game (cricket). I just do it (hosting Dadagiri)…it does well and obviously over the years I have learned how to do it. I still remember the first day when they came to me and said they wanted me to host the show, which I refused initially. I told them that I was from a cricketing background and had no idea and asked them not to ask me to do it. They went back but came back again after four months and said that I was the only person who could host the show. I started and now I have completed seven seasons. I believe in one thing…If you have the will and if you put in the hard work, you will succeed in anything in life.

You have during various times in your career collaborated with other celebrated individuals, be with Sachin Tendulkar on the ground or with Zee Bangla off it, to create magical moments. What's your take on the collaboration between your wife Dona Ganguly, Grammy Award winner Vishwa Mohan Bhatt and GiMA winner Pradyut Mukherjee?

I come from a complete different world, but whatever they do, my wishes will always be with them. My relation with my wife has got nothing to do with cricket and dance, it’s a healthy husband and wife relationship. I met dada (Prodyut Mukherjee) through Dona. I wish them all the best.