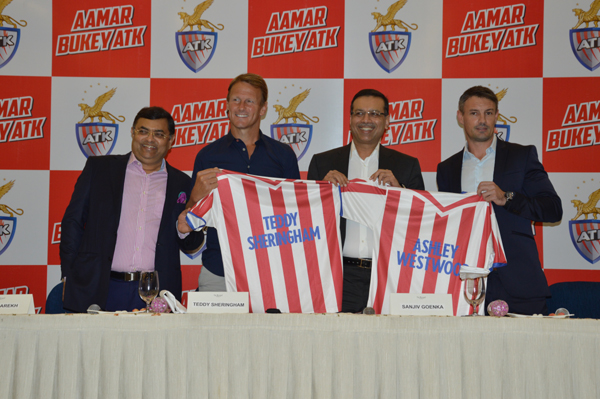 Teddy began his career with Millwall in 1982 at the age of 16 and with his consistent performance as a striker he has made it to the charts of being one of the highest goal scorer in the history of premiership.

Sanjiv Goenka, Chairman RP- Sanjiv Goenka Group, Principal Owner ATK has made this announcement at the onset of the league as a mark of gearing up for the forthcoming season. Ashley Westwood who is also introduced as the technical director of the club, would look into the technicalities on and off the field coordinating with coach and players seamlessly.

“I take this opportunity to welcome our Head Coach Teddy Sheringham to ATK family and firmly believe that he is apt for the team and his skills will help ATK. His exceptional field experience will be an advantage for both our management and players alike. Our endeavor to incorporate the best in the team has further been augmented with Ashley joining the squad. His experience as both player and manager will add to the team’s positive quotient,” Sanjiv Goenka, Chairman RP-Sanjiv Goenka Group, Principal Owner, ATK

“I am extremely thankful to the ATK management for giving me an opportunity to be a part of Indian Super League by being the head coach of this fantastic team. My focus would be to understand methods and tactics of each player and align them to get optimum output and also lend them my field expertise. I hope to have a great run in here," said Teddy Sheringham, Head Coach, ATK.