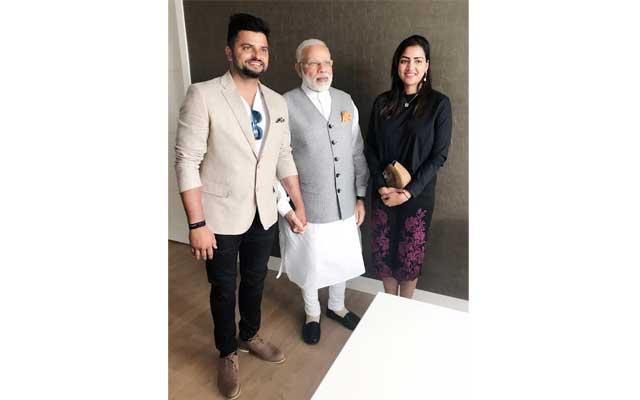 Raina posted a picture on Twitter where he is seen standing beside the PM.

He tweeted: "Delighted to meet the man with golden vision @narendramodi on his exceptionally constructive visit to the #Netherlands. #ModiInNetherlands."

Raina is holidaying in the European nation with his wife Priyanka.

Modi recently visited Netherlands as a part of his three-nation tour.

He visited the nation after completing his trip to US.

He met President Donald Trump for the first time during his US trip.