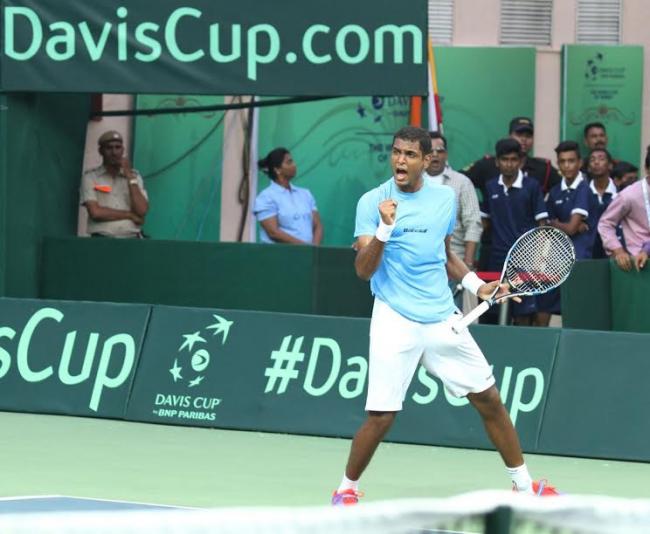 The Indian, who's ranked 222 in the world, took just 59 minutes to defeat his Austrian opponent.

This was Ramanathan's first victory over a top-10 ranked player.

"I worked really hard for this win," he said after his win.

Thanking the fans, the 22-year-old Chennai-born player said, "I thank the crowd for coming out and cheering. I like the grass courts. Courts are fast. I took my chances and it worked out. I am having a great time here and thanks to the organisers."

Tennis legend Mahesh Bhupathi congratulated Ramanathan by tweeting, "What an exciting win for @ramkumar1994 .. beating a top 10 player should give him a lot of self belief on what he could be capable of..," Bhupathi tweeted.

Former Indian cricket Virender Sehwag too took to Twitter to hail the winner.

"Many Congratulations Ramkumar Ramanathan, ranked World No. 222 on beating World No. 8 Dominic Thiem in straight sets in the #AntalyaOpen," he said.

Ramanathan will face Cypriot Marcus Bagdatis in the quarter finals, scheduled for Thursday.