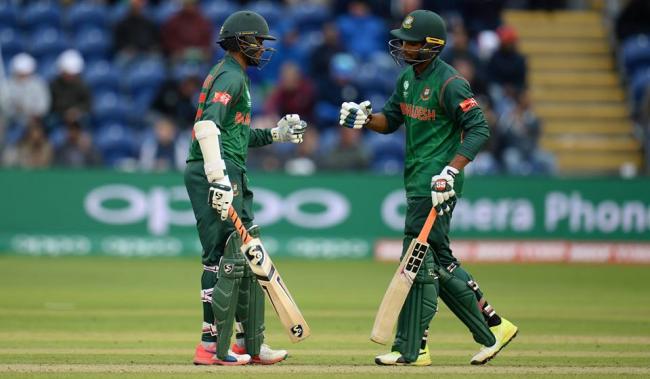 ICC Champions Trophy : Bangladesh 212 for five at the end of 41st over

India Blooms News Service | | 15 Jun 2017, 05:58 pm
# Bangladesh, #ICCChampionsTrophy, #Edgbaston, #SemiFinalMatch
Cardif, June 15 (IBNS) : Bangladesh went through ups and downs to score 212 for the loss of five wickets at the end of 41st over against India in their ICC Champions Trophy semi-final match at Edgbaston on Thursday.

At the crease were Mahamudullah and Mosadeek Hossain, scoring 12 and 14 respectively.

However, Bangladesh lost three quick wickets after that as r Tamim, Mushfiqur and Shakib Al Hasan  were sent to the pavilion in quick succession.