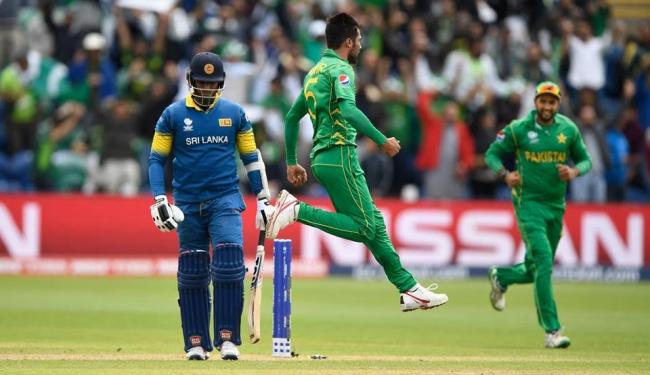 Champions Trophy 2017: Sri Lanka bowled out for 236 runs in thriller against Pakistan

Winning the toss and coming out to bowl, Pakistani bowlers kept their cool throughout the innings to pick up Sri Lankan wickets at right times to restrict them to a comparatively low total.

Sri Lanka, despite losing some early wickets, were going strong at some point when they were 161/3 but lost four wickets in cluster to get reduced to 167/7.

Niroshan Dickwella was the top scorer for Sri Lanka with his 73 runs innings while the partnership between Asela Gunaratne and Suranga Lakmal down the batting order helped their team to go past 200-run mark.

Junaid Khan of Pakistan troubled Sri Lankan batsmen and ended with a bowling figure of  3/40 from 10 overs.

Pakistan will require to chase down the target at a run rate of 4.74 per over.

The winner of the match will qualify for the semi-finals