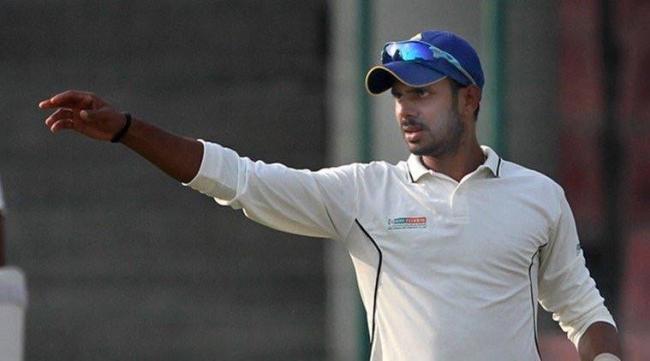 Tiwary joined the controversy that was so far restricted between the two former cricketers which started after the India-Pakistan match in the Champions Trophy on June 4.

The Bengal captain uploaded couple of two minutes video on his Facebook page to counter the comments made by Latif and added a caption which reads, "This video message is for an idiot called Rashid Latif ( Former Pakistan wicket-keeper ) cont..."

In a high voltage clash between the two neighbouring countries in the Champions Trophy, India outplayed Pakistan by 124 runs after defeating Bangladesh in the warm up match.

Sehwag, who is very popular for his wits and humour, referred to Bangladesh as grandson and Pakistan as son, on Twitter.

Latif used Facebook as the best platform where he virtually called the former Indian opening batsman as uneducated.

He said: "There were lot of educated, good people I know in the Indian team like Kapil Dev, Azu bhai (Mohammad Azharuddin, Sachin Tendulkar, Rahul Dravid, VVS Laxman. But from where have you come?"

The former Pakistani cricketer even attacked Sehwag for not knowing the history as he claimed that Muslims made significant contributions before the Independence in 1947. "Starting from Ajmer Sharif to Taj Mahal, all were made by our forefathers in India which we handed over to you free of cost. You people could not build it, so we gave it to you (India)."

Latif even threatened Sehwag to teach a lesson for his comment on Pakistan. He also said that he  reacted because it was an attack on the nation (Pakistan).

"I will go and teach you a lesson and pay up with full interest like we used to do before. You people are coward so not playing with us. You ask your fathers (higher authority) to be a man and play with us. We are ready," he added.

Though he paid respect to other Indian players, Latif said that he won't leave Sehwag even if he has to take his father out of the graveyard.

With a personal attack to Sehwag, Latif said: "When we (he meant the era of Latif) used to play cricket in uniform, you were in liquid form. I hope you understand what I mean."

Tiwari, however, called the act of Latif to be nothing but a way to get some prominence, whom he believes to be no match to Sehwag's ability.

"You need to look into your own stats so that you realise that you will never be able to match up to Sehwag's records" he said in the video.

Tiwary even went on to call Latif literally an uneducated when he says, "If you can't read the stats which is written in English, ask any of your friends to read them up to you. Then you will understand about whom you have passed comments".

He dared to ask Latif to stay away from any offensive remarks in future, otherwise he would be compelled to use "bad languages" against the former Pakistani cricketer.

Attacking the former Pakistani wicket-keeper, he said: "If there were any person who got inspired by you, from henceforth would beat you with slippers after seeing the your uploaded."