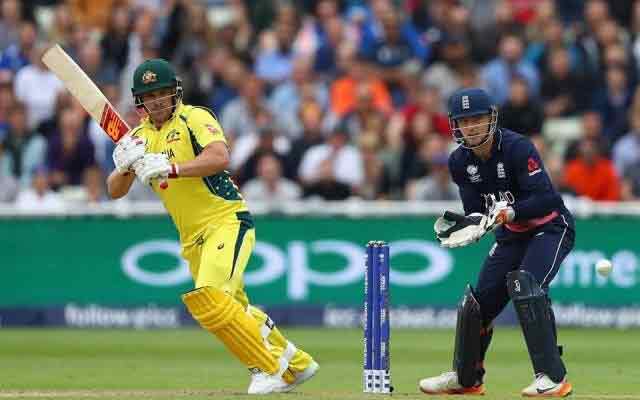 After losing the toss, Australia came out to bat and boasting on the innings of Aaron Finch, Steve Smith and Travis Head, they could manage to set a target of 278 for England.

Travis Head was the top scorer for the Australian team with 71 off 64 balls, while Aaron Finch and Steve Smith played knocks of 68 and 56 respectively.

None of the lower order batsmen could contribute to the scorecard and the continuous loss of wickets reduced the Aussies to only 277.

Mark Wood and Ben Stokes were phenomenal with the ball and clinched four wickets each of the Australian batting line up.

The English team will have to chase down the target at a run rate of 5.56 per over.

England have already qualified to the semi-finals of the ICC event.