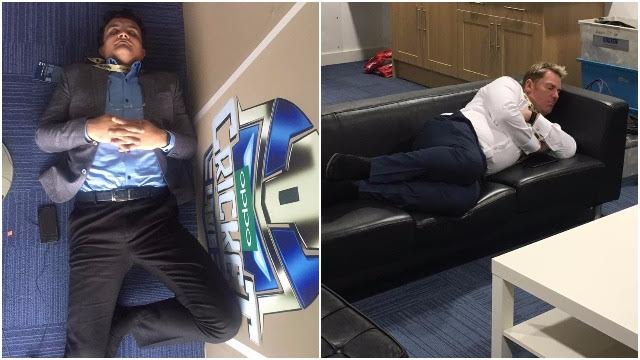 Sehwag posted the picture on Sunday at a time when both the former Indian skipper and retired Australian spinner were sleeping for a while in formal attires, as the match was halted due to rain.

Indian took on Pakistan in their first match of the ICC Champions Trophy 2017 on Sunday. 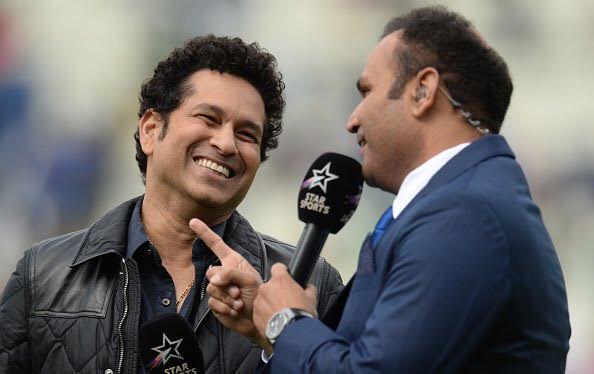 Sehwag mentioned both the cricket icons with a funny comment as he said: "The future is shaped by one's dreams. These legends still don't waste time in following their dreams. Sone ka Maza @SGanguly99 @ShaneWarne."

With the sentence "The future is shaped by one's dreams", the former aggressive batsman probably hinted at the efforts of Ganguly to prepare the Team India as a captain.

Replying to the funny post, Warne said on Twitter, "Hahahaha ! Got me on the rain break legend ".

Sehwag, who was promoted up to the opening slot by the then captain of the Indian cricket team Sourav Ganguly, was seen in a lighter mood throughout the India-Pakistan match, as he even made the legendary cricketer Sachin Tendulkar break into laughter on different occasions.

Sehwag is currently in the race to become the coach of Indian cricket team as BCCI might look for a new face after the expiry of Anil Kumble's term in the Champions Trophy 2017.