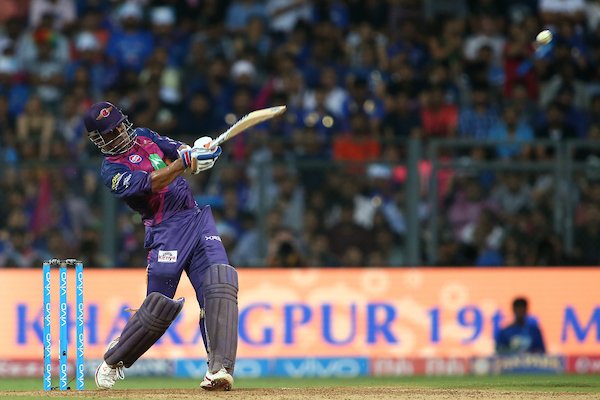 India Blooms News Service | | 17 May 2017, 04:02 pm
#RPS, #RisingPuneSupergiant, #MSDhoni
Mumbai, May 17 (IBNS): Former Indian captain MS Dhoni, who nearly had a silent run in the IPL, showed his brilliance when it mattered the most for his team Rising Pune Supergiant as he played a destructive knock of 26-ball 40 not out which helped his side in reaching the final of the tournament by beating Mumbai Indians.

Pune beat Mumbai Indian by 20 runs in the qualifier to reach the final of the cash-rich tournament.

Sports world has been appreciating the World Cup winning skipper for his brutal act on the field with his willow.

Indian cricketer Mohammad Kaif tweeted: "Going to be 7 IPL finals for Dhoni now. 70% is a huge success rate to make it to finals of such a hectic tournament.Rarest of rare players."

Former cricketer Sanjay Manjrekar said: "He is not as consistently brilliant as he used to be but Dhoni keeps reminding us that the brilliance is still very much intact.."