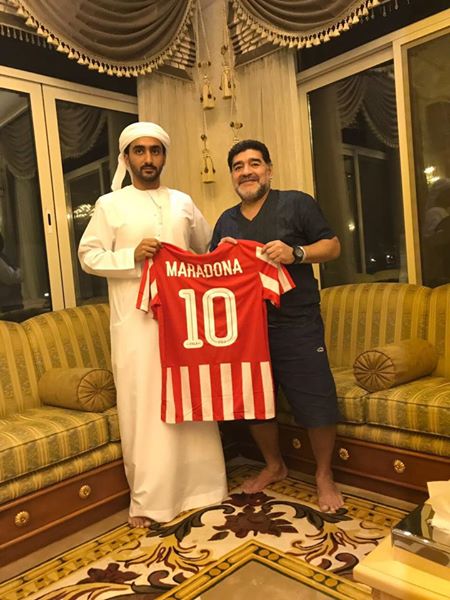 The club shared the news on its Twitter page.

The legend himself posted on his Facebook page: "I want to let you all know that I am the new manager of Al-Fujairah SC who hail from the UAE's second division. These are my new colours!."

Maradona had played brilliantly to guide his national side to World Cup victory in 1986.

He was the manager of the Argentina side between 2008-10.