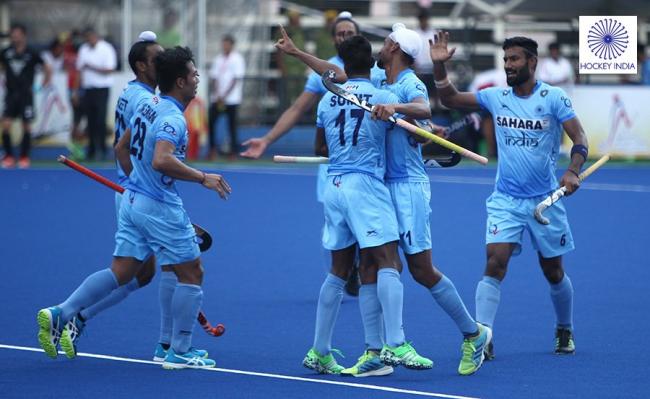 Harmanpreet Singh scored in the 27th and 47 th minutes while Mandeep Singh managed to score one during 23rd minute to register a 3-0 victory in the match.

India had registered a 2-2 draw in the first match against Britain.

After the match, player Sreejesh tweeted: "Registered our first victory ... great performance by the team .got 3 points over @BlackSticks #SultanAzlanShahCup2017 #ipoh @TheHockeyIndia."