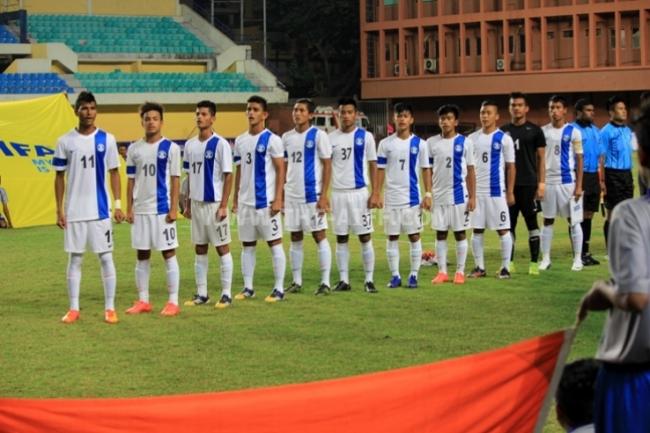 In a tightly contested match, the Colts matched blow to blow against their opponents, but were left reeling infront of goal as chances created were seldom taken.

Though the Indian Team dominated possession in the opening minutes of the match, it were the opponents who created the first goal scoring chance of the match.

In the 16th minute, Setubal U-17 rattled the Indian crossbar and eventually took the lead in the 38th minute after Bruno Ventura scored from a penalty kick that was awarded for a reckless Indian tackle inside the box. The half-time scoreline read 1-0.

Changing over, the Indian Colts upped the ante and pressed for the equalizer. Aniket Jadhav's shot in the 47th minute went inches over the bar and a minute later his shot again flew whiskers wide of the goal.

The Colts will face Belenenses next on April 25, 2017 in Jamor, Portugal. The kick-off for which is slated for IST 9PM.