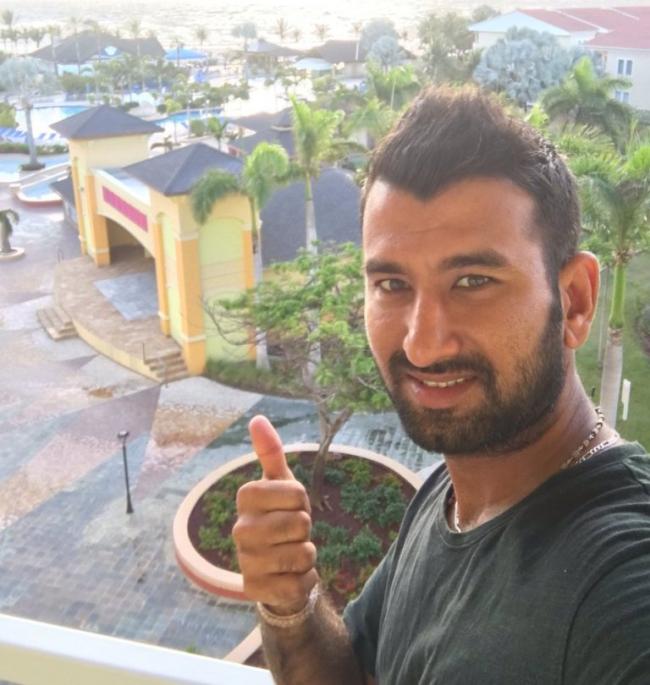 Virat is a great ambassador and leader of cricket: Cheteshwar Pujara


An Australian media attacked Kohli by calling him as a dictator like US President, few days back.

"We are not focusing on such issues," Pujara added while replying to a journalist's question on such comparisons.

Pujara said that the Indian team is not concentrating on the kind of pitch and conditions of Dharamsala.

"We have played a lot of cricket here at Dharamsala and we know the conditions. So we do not want to focus on pitch" the right handed batsman said.

Pujara who scored a double ton in Ranchi and most importantly survived for more than 500 balls in an inning, credited his experience for such a performance.

Speaking about his success with bat, Pujara said: "I am in a zone to know how to concentrate for a long time and focus. I am well aware how to switch off and switch back again."

The No.3 batsman of Indian test team said that the team wants to carry forward the good performances of second and third test matches to win the series.

"We want to finish on a winning note" Pujara said.

The fourth and final test match between India and Australia will begin on Saturday while the series is leveled as 1-1 currently.