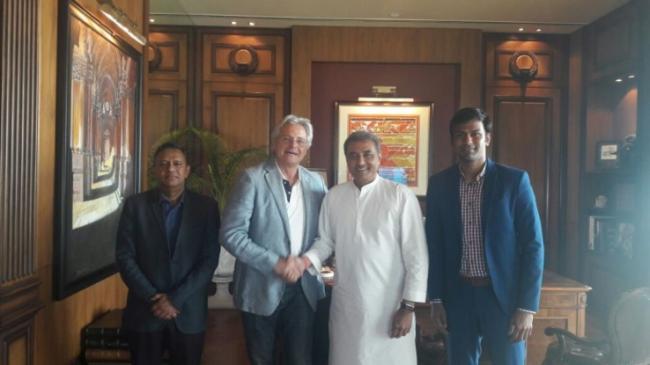 Matos who met the AIFF Advisory Committee including representatives from Sports Authority of India, and had a chat with Injeti Srinivas, the Director General, SAI on Monday evening, flew to Mumbai to meet with All India Football Federation President Praful Patel in Mumbai on Tuesday.

Welcoming Matos, the AIFF President Patel said: “It’s nice to have Mr. Matos on board. His experience of handling youth Teams will come in handy for the U-17 boys as we wish to leave no stone unturned to field a competitive team in the U-17 World Cup. I expect him to guide our boys to put up a strong performance in the World Cup.”


The 63-year old Coach “thanked” AIFF for making him a “part of the project.”

“My role will be to orchestrate everything wherein the players will be playing their part,” he told the AIFF Committee. “I admire AIFF’s vision and the U-17 World Cup will act as a base for development of Football in India. The players need to believe in themselves to do something special for the Country,” he stated.

“I do have an Indian connection as my great grandfather was born in Goa,” he informed. “I will retain the positives of the last two years as we move forward,” he maintained.