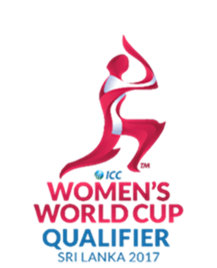 There were no surprises in store as India, Sri Lanka and Ireland advanced from Group A, while South Africa, Pakistan and Bangladesh made it from Group B as the last round of preliminary league matches were completed.

The teams to have qualified carry points gained against other sides that have advanced from their group.

This means that India and South Africa not only topped the standings but also have the cushion of four points as they won all their league matches. Sri Lanka and Pakistan crossed-over with two points each, while Ireland and Bangladesh advanced without any points since they beat sides that did not qualify.

In the Super Six stage, sides will play qualifiers from the other group, with the top four at the end of this stage qualifying for the ICC Women’s World Cup 2017 as well as the ICC Women’s Championship.

The draw for the next round pits India and South Africa against each other on the opening day of the Super Six stage on 15 February, while India and Pakistan are drawn to play on 19 February in what will be the two most high-profile matches. Both these matches will be played at broadcast venue P. Sara Stadium and will be among the matches to be live-streamed at icc-cricket.com.

In the feature match of Monday, India’s leg-spinner Poonam Yadav ripped through the batting as Zimbabwe folded up for a meagre 60 in 28.5 overs after electing to bat. Opener Veda Krishnamurthy (29) and Mona Meshram (21 not out) then made short work of the chase as India got to the target in only nine overs.

India captain Mithali Raj: “Today we tried out some new combinations, rested our new-ball bowler Shikha Pandey. Our spinners are doing well and it’s a matter of Shikha getting a good partner early on. But I think we have some back-up players going into the Super Six stage, where we know we will be playing better teams.”

The script ran on similar lines for South Africa, which bowled out Papua New Guinea for 76 in 32.4 overs. Opener Brenda Tau top-scored for PNG with 30 but pace bowler Shabnim Ismail, leg-spinner Sune Luus and off-spinner Yolani Fourie grabbed two wickets each. South Africa openers Laura Wolvaardt (43 not out) and Lara Goodall (28 not out) saw the team through in 13.5 overs.

South Africa captain Dane van Niekerk: “I thought we got better throughout the tournament. We said we wanted to be clinical and we were, today. We won the game with 10 wickets, which is what you’d expect chasing low totals. That’s something we rectified. I can’t fault our bowlers. Hopefully again we’re just searching for that perfect game.”

Things were not as easy for Pakistan even though it dismissed Scotland for 91.

Captain Sana Mir grabbed five for 14 with her off-spin bowling and leg-spinner Nashra Sandhu grabbed three for 13 but Pakistan itself was rattled by pace bowler Kiristie Gordon who twice came up with double-blows to slow down the chase.

Gordon, who bowled 10 overs on the trot, dismissed Nain Abidi (21) and Bismah Maroof (zero) off successive deliveries when the score was 40 and then accounted for Nahida Khan (20) and Ayesha Zafar (zero) off consecutive balls to reduce Pakistan to 55 for four.

Pakistan captain Sana Mir: “It’s always special to be contributing to the team. These performances are definitely going to help us in the next round, but the performances here have finished and now there would be a new day and we have to perform again.”

In another match, Sri Lanka restricted Thailand to 122 for eight and got the required runs in 34.4 overs.

Nattaya Boochatham followed her 44-run knock against Ireland with a solid 50 even as Sripali Weerakkody, Eshani Lokusuriyage and captain Inoka Ranaweera finished with two wickets each. Chamari Polgampola (49) and Nipuni Hansika (38) ensured a comfortable win for Sri Lanka.