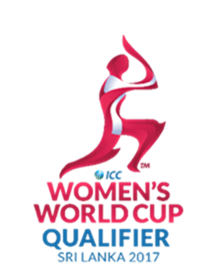 Sri Lanka defeated Ireland by 146 runs in what is the biggest victory in terms of runs in the tournament so far, with pace bowler Inoshi Fernando ripping through the Ireland top order to finish with three for 21 and picking the ‘player of the match’ award.

Sri Lanka, which had lost to India by 114 runs in an earlier Group A match on Tuesday, took control early on. Left-hander Prasadani Weerakkodi (61) and Dilani Manodara (53 not out) helped post a total of 239 for eight, after which Fernando helped reduce Ireland to 27 for four. Sri Lanka kept up the pressure to bowl out Ireland for 93 in 36.1 overs

Inoshi Fernando: “I am happy with this performance. It was a batting pitch, so my bowling was around controlling my line and length. My captain backed me to deliver with my wicket-to-wicket bowling. My expectations are now to keep performing and go on to win the tournament.”

Pakistan, which had lost its opening Group B match to South Africa, then dismissed Bangladesh for 160 in 49.3 overs. Nigar Sultana (41) and Sanjida Islam (34) got some runs for Bangladesh but Pakistan leg-spinner Ghulam Fatima (three for 28) struck at crucial junctures to wrest the initiative.

Pakistan captain Sana Mir took two for 19 to reach 100 ODI wickets and become the first from her country and sixth overall to reach a double of 100 wickets and 1000 runs in ODIs. She has scored 1185 runs in 92 matches and now has exactly 100 wickets.

Sana Mir: “At one point we were thinking we could touch 250. But then the Bangladesh spinners came in and they bowled in very good areas, very disciplined. That’s something we need to improve.”

South Africa defeated Scotland by six wickets with Chloe Tryon impressing once again with the bat. The 23-year-old all-rounder knocked up an unbeaten 45 as South Africa chased down a target of 143 with almost 17 overs to spare.

Tryon, who had produced a brisk 79 against Pakistan, once again ensured there were no setbacks after South Africa was 79 for four at one stage. She added 64 for the unbroken fifth-wicket stand with Trisha Chetty (35 not out).

India scored a nine-wicket win over Thailand to also complete its second triumph.

Mansi Joshi: “It is a special feeling to win the player of the match award in my first 50-over game for India. I got good encouragement from my teammates and support staff. It was important for us to win this game convincingly, and now we have to build on this.”