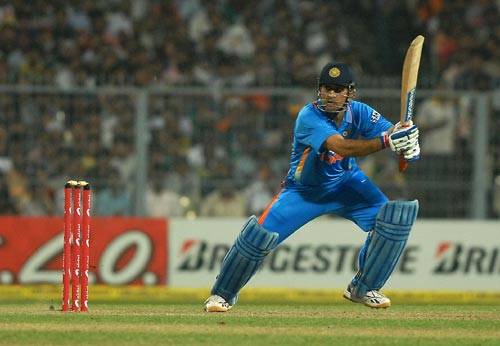 Rahane guides India to 290 for nine

England won the toss and electing to field first on a green surface offering pace, movement and carry, the home side initially took full advantage of the conditions and reduced the visitors to 145 for seven after the first Test's hero Stuart Binny (9) departed.

However, it was Rahane's brilliance that pulled out India from the situation and placed visitors in a much comfortable position at the end of the day.

Adding 90 runs with Bhuvneshwar Kumar (36) for the eight wicket partnership, India added 150 runs in the final session to post 290 for nine at the end of the day.

Rahane hit 15 boundaries and a six in his 154 ball knock. Anderson took a catch off his own bowling to end Rahane's memorable kncok.

Murali Vijay (24), Cheteshwar Pujara (28) and Virat Kohli  (25) failed to convert the start they got and returned early.

Shikhar Dhawan (7), skipper MS Dhoni (1) and Ravindra Jadeja (3) failed to deliver with their willows on Thurdsay.

England bowlers could not take full advantage of the pitch.

The first Test of the series had ended in a draw.