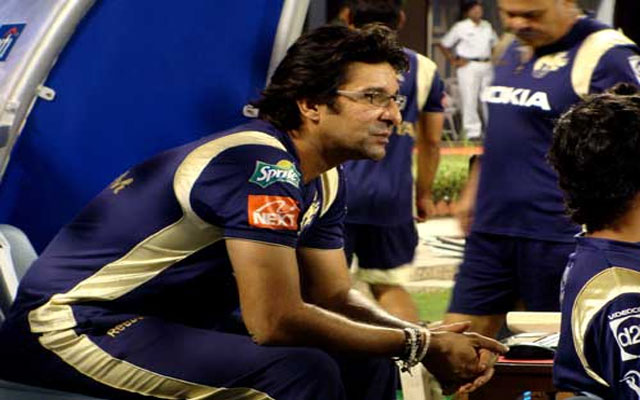 Pakistan’s King of Swing, and the man known to have complete mastery over swing and seam will arrive in Sri Lanka on the 29th at the invitation of President Sri Lanka Cricket,  Thilanga Sumathipala MP and will grace Sri Lanka Cricket’s annual awards night on the Nov 30 as a Guest of Honour.

Akram will launch SLC’s latest initiative in the development of the game with the first of a series of Brainstorm events to be conducted by International Cricketing Legends over the next few months with the inaugural event mentored by him on the 1st and the workshop will be attended by Sri Lanka’s national players and coaching staff.

Akram is hailed as the ‘redefinition’ of fast bowling, with cricket pundits hailing his mastery of the ball as the turning point of fast bowling – Over a 19 year career Akram has taken both Test and ODI wickets all over the world in what was termed ‘mind-boggling consistency’ by one writer.

Sri Lanka Cricket President Thilanga Sumathipala stated, “With the amazing young talent that Sri Lanka is just brimming with at the moment, the World Cup in 2019 is fast becoming a reality. We have already put the technical and the scientific pillars into place. The invaluable insight our players can gain from the vast reservoir of knowledge and expertise of world cricket’s legends will provide them with the store of gameknowledge they will need”

“A cricketer and a gentleman of the caliber of Mr. Akram is the ideal mentor to give wing to this latest initiative of SLC by which we intend to invite a series of such legends of the game to conduct workshops with our players, and to also mentor our coaches to perpetuate that learning. We are honoured that Mr. Akram has accepted our invitation to be a part of this initiative,” he concluded.