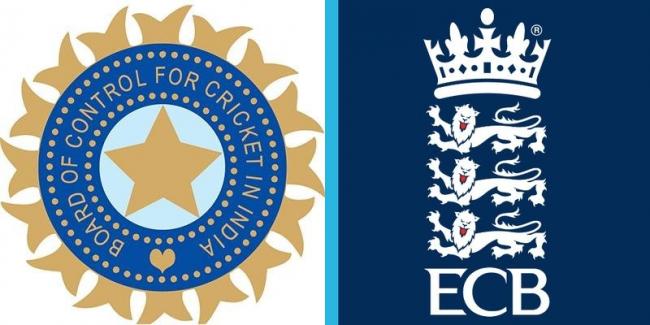 India Blooms News Service | | 11 Nov 2016, 05:50 pm
#Rajkot test, #Murali Vijay, #England, #India, #Cheteshwar Pujara
Rajkot, Nov 11 (IBNS) : Powered by the centuries made by opener Murali Vijay and Cheteshwar Pujara, India scored 319 for four wickets in their first innings against England when the stumps were drawn at the end of the third day of their first test at Rajkot on Friday.

Chasing England's mammoth 537 India were in a better position at 318 for two till the day's last over proved a disaster as Vijay (126) and then night watchman Amit Mishra (0) went back to the pavilion.

At the crease was skipper Virat Kohli with 26.

Earlier, Murli Vijay and Cheteshwar Pujara (123) pulled India out of an initial setback after opener Gautam Gambhir was out for the team's 68 and his individual 29.

The duo made 209-run second wicket partnership to put the hosts in a comfortable position, though the team had a long way to go to catch up with the total of the visitors.

With a flurry of strokes made with patience and technique, the batsmen kept the Indian score board rotating .

While Vijay slammed four sixers and nine boundaries, Pujara sent the ball out of the boundary 17 times.

After the early departure of Gautam Gambhir,  Pujara and  Vijay helped India reach  228 for one at tea. Pujara  ran the single he needed to bring up his century in the opening over after tea.