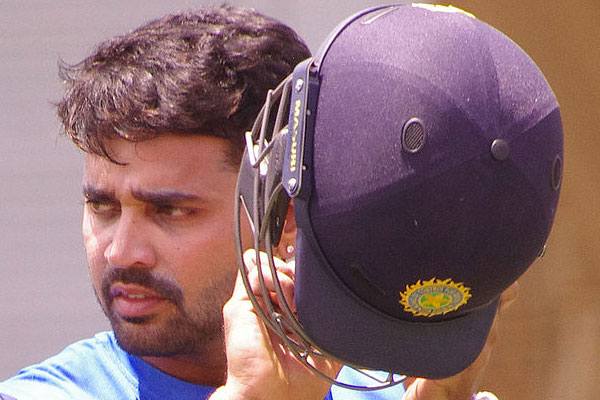 Pujara and Murli Vijay score century, India 271 for one against England

India Blooms News Service | | 11 Nov 2016, 04:18 pm
#IndiaEnglandTest, #RajkotTest, #CheteshwarPujara, #MurliVijay
Rajkot, Nov 11 (IBNS) : Spectacular centuries by opener Murali Vijay and Cheteshwar Pujara and their 203-run second wicket stand helped India stand up against a mammoth England total in the first innings as the home team scored 271 runs for the loss of one wicket on the third day of their first test against England on Friday.

Earlier in the day, India suffered a hiccup when opener Gautam Gambhir got out at the team's total of 68 and his individual 29 after being adjudged leg before off a Stuart Broad delivery.

However, After Pujara joined Vijay, the duo kept rotating the score on a brisk note with the former showing his immaculate technique against English bowling.

After the early departure of Gautam Gambhir,  Pujara and  Vijay helped India reach  228 for one at tea. Pujara  ran the single he needed to bring up his century in the opening over after tea.