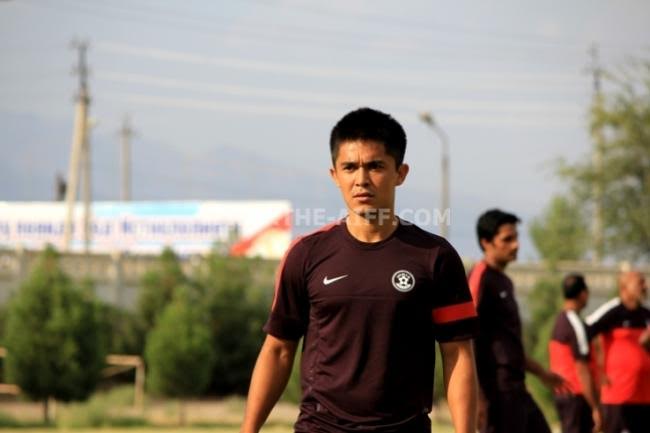 Hope to leave Doha on a happy note: Sunil

India Blooms News Service | | 01 Nov 2016, 04:11 pm
#Hope to leave Doha on a happy note: Sunil
In 2011, when India played the 2011 Asian Cup in Doha, Sunil Chhetri was just another member of the Indian National Team. Five years later, when JSW Bengaluru FC play the AFC Cup 2016 Final in Doha, he stays the one whom all look up to in the squad.In an exclusive interview with www.the-aiff.com â€˜Captain Marvel,â€™ as he is fondly referred to by fans spoke at length about the two campaigns, the rationale behind AIFF bringing in a Corporate Club, the mood ahead of the D-Day and much more. Excerpts:


There is a gap of five years and a lot of Football has come between those years. While the City stays the same, the stage is completely different.

Doha in 2011 was a great learning curve for so many of us and I wouldn’t hesitate to say that despite where India finished it, taught us a great deal.

Doha 2016 is an entirely whole new chapter and this time, it’s in club colours. We’re one good game away from something special. You cannot really compare the two tournaments. But I hope we leave Doha on a very happy note this time around.

They are two completely different scenarios. In 2011, we stepped into Doha with an open mind. In 2016, we’re setting foot there with a chance to make some history.

AIFF was severely criticised in bringing a corporate Team some three years. Was it the right step?

The results should do all the talking and not me! Bengaluru FC, in its three years of existence, won two I-League titles, a Federation Cup, made the last-16 in its first year of Asian competition and now we’re in the final of the AFC Cup. I’m not sure if there’s a better three-year record in club football in the country.

You are most senior Pro in the JSW BFC squad. What would your advice be to others prior to the final?

The stage is big enough for everyone to find motivation from within. Our coach is the one giving out advice and he’s always asked us to be brave and I guess there is no better message than that.

Are you preparing differently for the match?

Hard work has been an ethic that this club has built its foundations on and that hasn’t changed one bit. Yes, the occasion is big and the stakes are higher than before and we are doing everything we possibly can to make sure we give a good account of ourselves and Indian football on November 5.

Football has taught us well enough and on so many occasions that you never say never.