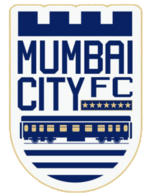 Thiago Cunha, 31, a Brazilian striker who has played in top leagues like the Brazilian Seria A and AFC Champions League amongst others.

With 45 appearances in his last two seasons, he proved to be a valuable asset to his teams with a good goal scoring record.

Commenting on the replacement Mumbai City FC head coach Alexandre Guimaraes said, "While losing Gaston to injury was a big blow, in Thiago we have found a great replacement. He has a brilliant goal scoring record and we are confident he is going to be a big asset to the club in the remainder of the season."