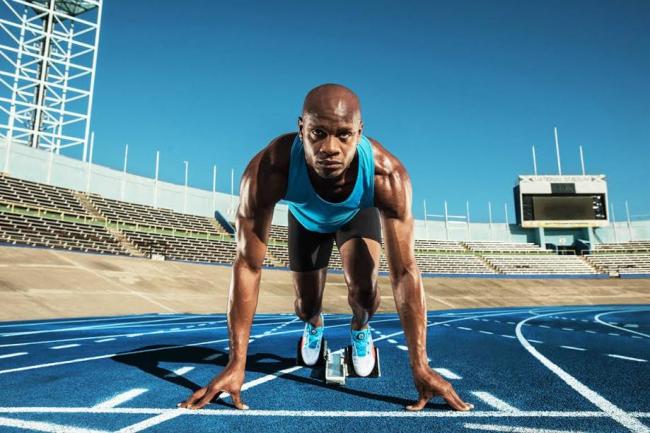 Asafa Powell to take part in Airtel Delhi Half Marathon 2016

The Jamaican has consistently broken the 10-second barrier in competitions with an impressive record of breaking this barrier 97 times, endowing him with the title, the ‘Sub 10 King’.

2016 Rio Olympics saw him return to the track in the 4 x 100 men's relay team, taking home his second gold medal.

{image_1}Commenting on his association, Asafa Powell, said “I am absolutely delighted to come to India and be a part of Delhi’s iconic half marathon. I’ve always wanted to take in the historic sites in India and, Delhi being the capital city, is the perfect place to do just that. Running has always been a cause close to my heart and I am extremely pleased to see the astounding response and participation from the people of Delhi. I am looking forward to my India visit and am positive that it will be the first of many more to come.”

The Airtel Delhi Half Marathon (ADHM) will witness over 34,000 participants, including world class Indian and international athletes, professional and amateur runners, and of course, fitness enthusiasts.

ADHM, one of the fastest half marathon courses in the world, offers runners a beautiful glimpse of the historic city, passing renowned landmarks such as the Parliament House, Rajpath, India Gate, Delhi Golf Club, Lodhi Road, Sansad Marg among others.

Abhishek Ganguly, Managing Director, PUMA India, said “We are extremely thrilled to get Asafa Powell to the Airtel Delhi Half Marathon. Asafa is one of the fastest runners in the world and his record has been phenomenal. At PUMA, we believe we are on the cusp of a running revolution, and associations such as ADHM and TSK25 only furthers our endeavor.”

Vivek Singh, Jt. Managing Director, Procam International said, “We are extremely excited and honored to have a sporting legend like Asafa Powell for the Airtel Delhi Half Marathon 2016. Today, the event is the choice of the champions and we have world-class athletes competing in Delhi. In addition to that, over 34, 000 participants are set to take the start line on Sunday, 20th November. We are sure Asafa's presence will give them added motivation and encourage them to achieve their personal best.”