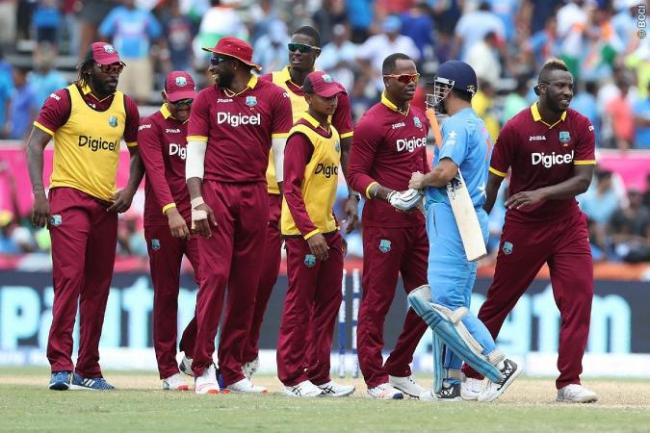 Both KL Rahul of India and Evin Lewis of West Indies scored hundreds for their respective sides.

Lewis, playing his second T20I, scored a 49 ball 100, before being deceived by a Ravindra Jadeja slow turner.

Rahul remained unbeaten at 110 off 51 balls, as he saw his skipper's dismissal in the final ball of the innings, which resulted in India's defeat.

Asked to bat first, West Indies started their innings in a feisty manner, plundering 78 runs in the powerplay.

Their opening stand set the base for the rest to follow with a 126-run partnership in 57 balls.

Charles was the first to depart, as he dragged a full delivery from Mohammad Shami onto his stumps.

His 33-ball knock of 79 runs was laced seven sixes and six fours.

His partner, Lewis, bettered his strike rate, as he clubbed nine sixes and five fours.

Andre Russell's brisk innings of 22 runs was cut short by Jadeja, who trapped him in front of the wicket.

Russell's 12-ball innings consisted of two maximums and a four.

Kieron Pollard, who, missed out on the T20 World cup due to injury, added 22 runs off 15 balls.

In a field day for the batsmen, India's Ravichandran Ashwin drew the most economical figures, though he remained barren.

Jasprit Bumrah and Ravindra Jadeja picked up a brace each, while Shami accounted for a solitary scalp.

Rohit Sharma, one of India's most vital player in the shorter format, held fort with KL Rahul.

Sharma and Rahul's 89-run partnership set the team on track for the big chase.

Sharma's 28-ball 62 was laden with four fours and an equal number of maximums.

Rahul struck 12 fours and five sixes, in a brilliant display of controlled hitting.

MS Dhoni threatened to take the match away from the defending world champions with a vintage MSD innings.

The crowd witnessed Dhoni's prowess in-between the 22 yeards as they chanted his name after every delivery he faced.

The Indian skipper failed to score the two runs needed in the final delivery, but managed a 43-run innings off 25 balls.

He hit two fours and the same number of sixes.

A record 32 six was hit in the match, 21 by the Caribbean batsmen and 11 by the Indians.

Lewis was adjudged the Man of the match for his match winning hundred.