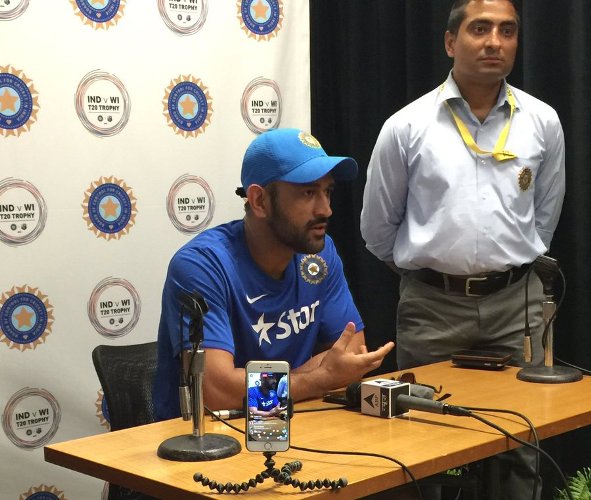 MS Dhoni wants crowd attendance to improve in the US

Dhoni, who's in the US, leading the national side in a two-match T20I series against the West Indies said that he is happy with the facility America has provided but stated that 15,000 people is too less a crowd for a match that has India playing cricket.

India will bowl in the first game as Mahendra Singh Dhoni won the toss and asked the visitors to bat first.

Though the matches are taking place in the USA, BCCI is hosting the events, by virtue of which India is the home side.