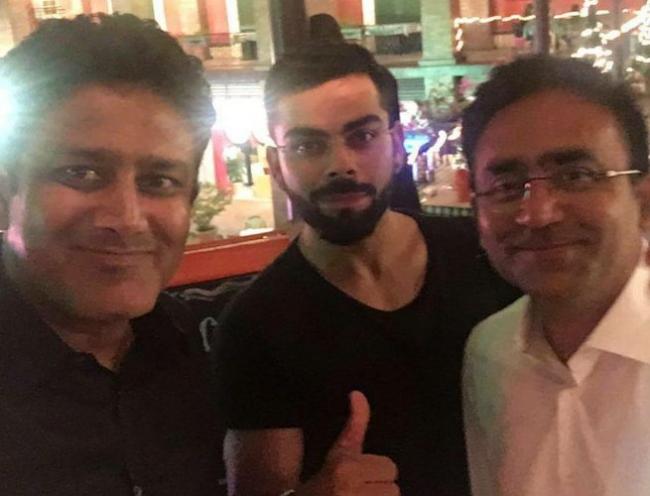 The three were out in the streets enjoying a 'great dinner'.

Virat and his men, who's leading the series 2-0, is presently playing the fourth Test match.

The match has so far allowed them just the 22 overs in its four-day play, as rain prevented any further action after it started pouring on day one.

Calling it a 'test of patience' Virat had earlier tweeted a picture of himself with fellow cricketer Ravindra Jadeja. 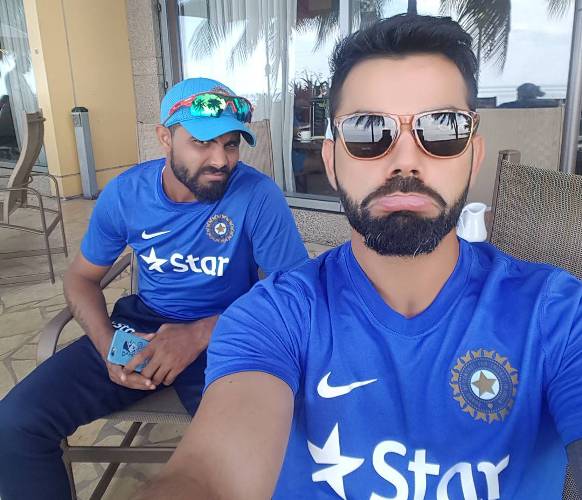 "When you are waiting at the hotel & getting bored. Rains are annoying when a match is going on #TestOfPatience," the tweet read.