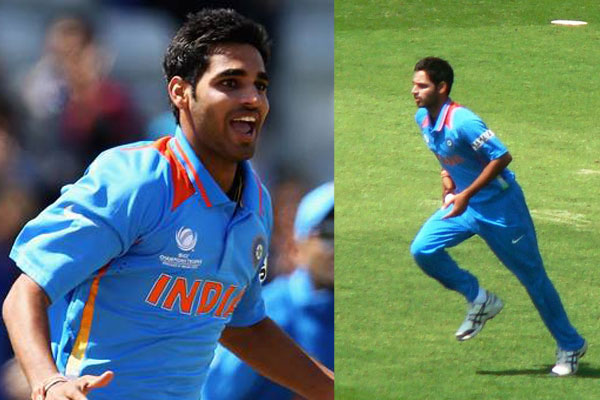 At lunch, the Caribbean batsmen have put up 53 runs for the loss of three wickets.

Starting their Innings, the batting team suffered two early losses as both their openers, Kraigg Brathwaite (4) and Leon Johnson (0) were removed cheaply by Bhuvneshwar Kumar and Mohammad Shami respectively.

A partnership of 31 runs between Marlon Samuels and Darren Bravo followed for the ensuing wicket before Ishant Sharma pulled the brakes on Samuels (12).

Bravo (26) and Roston Chase (10) are at the crease and will resume batting post lunch.

Earlier in the day, Rohit Sharma got out without adding a run to his overnight score of 41 runs.

The other Indian batsmen too got out quickly in the search of quick runs, as Ajinkya Rahane (78 not out) held fort.

Miguel Cummins was the pick of the Caribbean bowlers with six scalps to his credit.

With the fall of Ravichandran Ashwin's (1) wicket, the Indian skipper Virat Kohli declared their innings at 217 runs for the loss of seven wickets.