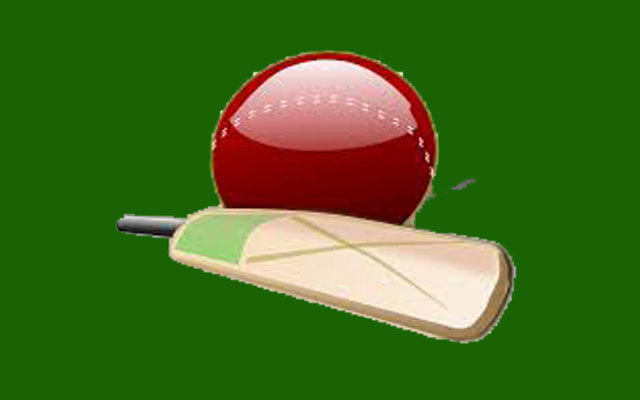 India Blooms News Service(IBNS) | | 07 Aug 2016, 07:05 pm
#UAE, #Scotland, #ICC, #Cricket
Dubai,Aug 7 (IBNS): Scotland and the United Arab Emirates (UAE) will aim to end their win drought in the ICC Intercontinental Cup when they go head-to-head in a fourth round fixture at Ayr on Tuesday.

The four-day first-class tournament is a pathway to Test cricket with the winning side getting an opportunity to play the 10th-ranked Test side in the ICC Test Challenge in 2018 and then acquiring Test status until the next event in 2022, provided it wins the challenge.

Host Scotland is presently fifth in the eight-team competition on 23 points, while the UAE has lost its all three previous matches.

With a maximum of 20 points up for grabs, an outright win will lift Scotland ahead of Hong Kong in fourth place and three points behind third-placed Netherlands.

If the UAE secures full points, it will join Papua New Guinea and Namibia on 20 points.

This week’s match will be both sides’ first four-day fixture since January when they featured in the third round action.

Then, the Scotland-Hong Kong match in Mong Kok was abandoned without a ball being bowled, while the UAE lost to the Netherlands by four wickets in Abu Dhabi.

UAE captain Amjad Javed hoped matches against the Test nations will help his side in the forthcoming fixture against Scotland.

“Matches against more knowledgeable and experienced sides are always great learning experience as they give you a completely new and different perspective of the sport. We were fortunate to play against Bangladesh, India, Pakistan and Sri Lanka in Dhaka earlier this year and we put up decent performances even though we lost.   I am hoping that we will build upon those matches and will be more competitive not only against Scotland but in the remaining matches,” remarked Amjad, a 36-year-old fast bowler with an experience of nine One-Day Internationals, 15 Twenty20 Internationals and 13 first-class matches.

Scotland coach Grant Bradburn remarked: “Although this season has been very lean in terms of International fixtures, our squad has enjoyed the opportunity to train consistently and play a full part in the domestic programme with their club and regional teams. On the back of two weeks of ‘A’ team cricket, we look forward to taking on UAE in this ICC Intercontinental Cup and ICC World Cricket League Championship.”

Scotland and the UAE have previously met three times in the ICC Intercontinental Cup, but only their last encounter produced a result when Scotland won by seven wickets in Sharjah.

The matches in Sharjah (in 2005-06) and Ayr (in 2007-08) ended in draws. The weather forecast for the week is not very promising in Ayr with rain likely to hamper the match.

Amjad admitted the match against Scotland will be a challenging one but stressed his side will approach it positively and aggressively. “Every international match is tough in its own right and while we will respect Scotland, we will try to play as hard as possible. We will approach this game with a conviction that we can win it and then take it forward from there.

“We have a squad which has mostly contracted players, meaning they have trained properly for the upcoming match.  We have spent time in England and I think the batsmen have made optimum use of this opportunity.

“I feel very confident going into this match and convinced that we can play solid cricket against Scotland. We need to focus, stick to basics and try to translate what we have learnt in the recent past into on-field performance,” added Amjad, who made his first-class debut a decade ago against Namibia in Windhoek.

For the UAE, it will be Paul Franks’s first match as head coach and the side includes three uncapped players in 31-year-old all-rounder Krishnachandran Karat, 22-year-old left-handed batsman Mohammad Usman and middle-order batsman Mohammad Qasim.

Shaiman Anwar, who was one of the UAE’s stars at the ICC Cricket World Cup 2015, is once again his side’s in-form batsman, having scored 239 runs in six innings at an average of just under 40. For Scotland, Preston Mommsen is leading from the front with 100 runs in three innings of two matches at just over 33.

Ed Joyce of Ireland is the leading run-getter to date with 529 runs, followed by PNG’s Assad Vala (409) and Afghanistan’s Mohammad Shahzad (308).

The UAE’s Ahmed Raza is the stand-out bowler, having taken 14 wickets in two matches.  He shares second place with the Ireland duo of George Dockrell and Craig Young in a list which is headed by Zahir Khan of Afghanistan.

For Scotland, Josh Davey has taken six wickets in his only appearance, while Con de Lange, Safyaan Sharif and Alasdair Evans have taken five wickets apiece in two matches each.

Following the four-day first-class match, both the sides will feature in two ICC World Cricket League Championship matches at The Grange Club in Edinburgh. The tournament is a pathway to the ICC Cricket World Cup 2019, and the upcoming matches will have ODI status.

In the points table, Scotland is sitting in fourth position on seven points from six matches, while the UAE has only won one match out of six.

As such, it is languishing at the bottom of the table and will be desperate to collect four points to keep alive its chances of featuring in the pinnacle 50-over tournament, which will be held in England and Wales from 30 May to 15 July 2019.

Two more ICC WCLC matches will be played around that time in Amstelveen when the Netherlands will host Nepal in two 50-over matches on 13 and 15 August.

Netherlands is the early pace-setter, sitting on top of the table with 10 points from four wins and two no-results, while Nepal is sixth on four points from six matches.

The top sides from this tournament will join the bottom four sides from the MRF Tyres ICC ODI Team Rankings for the ICC Cricket World Cup Qualifier, which will be staged in 2018.

Squads (to be selected from)