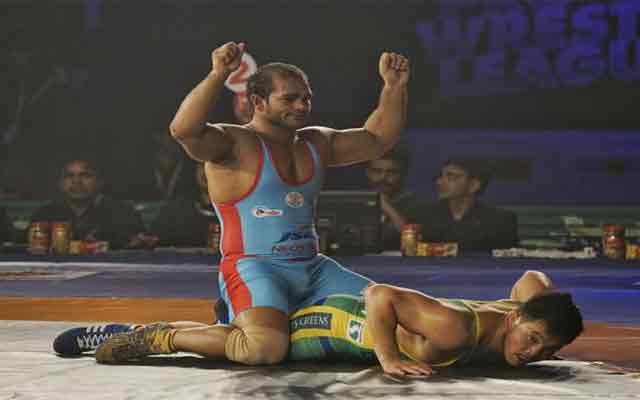 It is a good news: Sushil says on Narsingh Yadav

"It is a very good news. I have always supported him. My support was there in the past, it is there in the present and will remain in the future. go win for me and the country #NarsinghYadav," Kumar tweeted.


Cleared by the national anti-doping panel on doping charges on Monday, wrestler  Narsingh Yadav said he is looking forward to 'win' Olympics medal for his nation.

The wrestler faced trouble when he had failed a dope test ahead of Rio Olympics.

The decision on Monday, cleared his way to compete in the mega sports event where Indian wrestlers have performed strongly in the past two editions.

Addressing a press conference, he said: "I am feeling really happy."

"I cant wait to to win for my nation in the Olympics," the wrestler said.


NADA chief Navin Agarwal on Monday said the Indian wrestler was a victim of 'sabotage'.

Amid reports that his food was spiked resulting in wrestler Narsingh Yadav testing positive for a banned substance, the athlete had recently failed a second dope test too.

According to earlier media reports, the second dope test conducted on July 5 by the National Anti-Doping Agency (NADA) had also dismissed any tampering of his food as alleged by him. This had diminished his hope of participating in the Olympics this month.

The mega sports event will start from Aug 5.