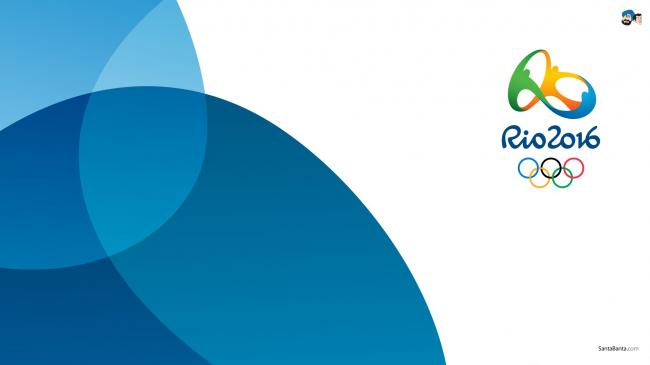 Rio Olympics: IOC not to impose blanket ban on Russia

The IOC Executive Board (EB) on Sunday  studied the question of the participation of Russian athletes in the Olympic Games Rio 2016. In its deliberations, the IOC EB was guided by a fundamental rule of the Olympic Charter to protect clean athletes and the integrity of sport.

The study included the discussion of the World Anti-Doping Agency (WADA)’s Independent Person (IP) Report by Prof. Richard McLaren; the decision of the Court of Arbitration for Sport (CAS) on July 21 concerning the rules of the International Association of Athletics Federations (IAAF); as well as the Olympic Charter and the World Anti-Doping Code.

Given the urgency of the situation, with the Olympic Games Rio 2016 starting in 12 days, and the athletes’ entry process already underway, the IOC EB had to take a preliminary decision with regard to the participation of Russian athletes in Rio de Janeiro.


McLaren states in his report that it “fulfils partially the mandate of the Independent Person”. This is why the IOC supports his request to continue and finalise his work. On the other hand, this situation leads to an urgency for the IOC which does not allow it sufficient time for hearings for affected athletes, officials and organisations.

The IOC EB has given the Russian Olympic Committee (ROC) the opportunity to present the case of the Russian athletes and the ROC. This was done by  Alexander Zhukov, ROC President, at the beginning of the EB telephone conference, which he left immediately following his presentation.

During his presentation,  Zhukov explained that the Russian Federation and the ROC guarantee full cooperation with all international organisations to shed light on the issue in every respect. He also guaranteed that the ROC commits to a complete and comprehensive restructuring of the Russian anti-doping system. In this context, he stressed that the ROC is committed to clean sport and would work towards guaranteeing clean sport in Russia.

He further stated that all Russian athletes selected for the Olympic Games Rio 2016 have been tested over the last six months by foreign anti-doping agencies. Samples were taken by foreign doping control officers and the samples analysed in foreign laboratories. Russian athletes who participated in different competitions in all sports have submitted more than 3,000 doping samples. The vast majority of the results were negative.

The IOC EB discussed the status of the ROC. In this respect, it took note of the fact that the IP Report made no findings against the ROC as an institution.

The IOC EB took note of a letter dated 23 July 2016 from the International Shooting Sport Federation (ISSF). In this letter the ISSF confirms having received from WADA information about the three “disappearing samples” concerning shooting. The ISSF states that these three samples had been entered, at the time they were reported, into WADA’s ADAMS Results Management System as positives, and all the result management procedures have already been followed.

On the basis of the Findings of the IP Report, all Russian athletes seeking entry to the Olympic Games Rio 2016 are considered to be affected by a system subverting and manipulating the anti-doping system. The IP Report indicates that, due to “the highly compressed timeline”, the IP has “only skimmed the surface of the extensive data available”. The IOC EB therefore came to the conclusion that this view cannot be restricted only to athletes from the 20 Olympic summer sports mentioned in the IP Report.

Under these exceptional circumstances, Russian athletes in any of the 28 Olympic summer sports have to assume the consequences of what amounts to a collective responsibility in order to protect the credibility of the Olympic competitions, and the “presumption of innocence” cannot be applied to them. On the other hand, according to the rules of natural justice, individual justice, to which every human being is entitled, has to be applied. This means that each affected athlete must be given the opportunity to rebut the applicability of collective responsibility in his or her individual case.

After deliberating, the IOC EB decided:

1. The IOC will not accept any entry of any Russian athlete in the Olympic Games Rio 2016 unless such athlete can meet the conditions set out below.

2. Entry will be accepted by the IOC only if an athlete is able to provide evidence to the full satisfaction of his or her International Federation (IF) in relation to the following criteria:

• The IFs*, when establishing their pool of eligible Russian athletes, to apply the World Anti-Doping Code and other principles agreed by the Olympic Summit (21 June 2016).

• The absence of a positive national anti-doping test cannot be considered sufficient by the IFs.

• The IFs should carry out an individual analysis of each athlete’s anti-doping record, taking into account only reliable adequate international tests, and the specificities of the athlete’s sport and its rules, in order to ensure a level playing field.

• The IFs to examine the information contained in the IP Report, and for such purpose seek from WADA the names of athletes and National Federations (NFs) implicated. Nobody implicated, be it an athlete, an official, or an NF, may be accepted for entry or accreditation for the Olympic Games.

• The IFs will also have to apply their respective rules in relation to the sanctioning of entire NFs.

3. The ROC is not allowed to enter any athlete for the Olympic Games Rio 2016 who has ever been sanctioned for doping, even if he or she has served the sanction.

4. The IOC will accept an entry by the ROC only if the athlete’s IF is satisfied that the evidence provided meets conditions 2 and 3 above and if it is upheld by an expert from the CAS list of arbitrators appointed by an ICAS Member, independent from any sports organisation involved in the Olympic Games Rio 2016.

5. The entry of any Russian athlete ultimately accepted by the IOC will be subject to a rigorous additional out-of-competition testing programme in coordination with the relevant IF and WADA. Any non-availability for this programme will lead to the immediate withdrawal of the accreditation by the IOC.

Beyond these decisions, the IOC EB reaffirmed the provisional measures already taken on 19 July 2016. They remain in place until 31 December 2016, and will be reviewed by the EB in December 2016.

Additional sanctions and measures may be imposed by the IOC following the final report of the IP and due legal procedure by the IOC Disciplinary Commission established on 19 July 2016 under the chairmanship of Mr Guy Canivet (Vice-Chair of the IOC Ethics Commission, former member of the French Constitutional Court and President of the French Cour de Cassation) and the IOC EB.

The IOC EB reaffirms its serious concerns about the obvious deficiencies in the fight against doping. The IOC thus emphasises again its call to WADA to fully review their anti-doping system. The IOC will make its contribution to this review by proposing measures for clearer responsibilities, more transparency, better supervision procedures and more independence.

* The IAAF has already established its eligibility pool with regard to Russian athletes.

The IOC EB further studied the request by the Russian track and field athlete, Mrs Iuliia Stepanova, to compete in the Olympic Games Rio 2016 as a “neutral athlete”. Since Mrs Stepanova declined to compete as a member of the ROC Team, the IOC EB had to consider the question of whether an exception to the rules of the Olympic Charter is possible and appropriate. Since this request has important ethical aspects, the IOC EB had asked the IOC Ethics Commission for its advice. The Ethics Commission has heard Mrs Stepanova and IAAF and ROC representatives.

Mrs Stepanova is basing her request on her role as “whistle-blower” with regard to the manipulation of the anti-doping system and corruption involving the WADA-accredited Moscow Anti-Doping Laboratory, the All-Russia Athletic Federation (ARAF) and the IAAF. The Ethics Commission applauds the contribution of Mrs Stepanova to the fight against doping. It put this contribution into the perspective of Mrs Stepanova’s own long implication, of at least five years, in this doping system and the timing of her whistle-blowing, which came after the system did not protect her any longer following a positive test for which she was sanctioned for doping for the first time.

After a careful evaluation of the arguments, the Ethics Commission gave the following advice to the IOC EB:

“While it is true that Mrs Stepanova’s testimony and public statements have made a contribution to the protection and promotion of clean athletes, fair play and the integrity and authenticity of sport, the Rules of the Olympic Charter related to the organisation of the Olympic Games run counter to the recognition of the status of neutral athlete. Furthermore, the sanction to which she was subject and the circumstances in which she denounced the doping practices which she had used herself, do not satisfy the ethical requirements for an athlete to enter the Olympic Games.”

However, the IOC EB would like to express its appreciation for Mrs Stepanova’s contribution to the fight against doping and to the integrity of sport. Therefore the IOC invites Mrs Stepanova and her husband to the Olympic Games Rio 2016. Furthermore, the IOC is ready to support Mrs Stepanova so that she can continue her sports career and potentially join a National Olympic Committee.