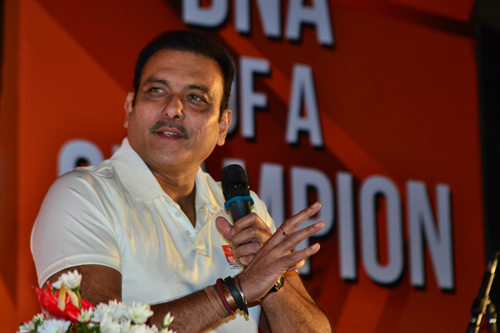 He said Ganguly's absence during the crucial meet was 'disrespectful' to the selection process.

Ganguly, VVS Laxman and Sachin Tendulkar were given the task of selecting the coach of the Indian team recently.

Ganguly is a member of the BCCI's cricket advisory committee.

Speaking to India Today over the issue, Shastri said: "Nothing surprises me in Indian cricket anymore. A member of the committee (Ganguly) wasn't present and that was disrespectful to the selection process."

"Next time, be present in a meeting, especially when it is as important as this one," he said giving a direct message to Ganguly.

Former Indian captain Anil Kumble was named the coach of the Indian side.