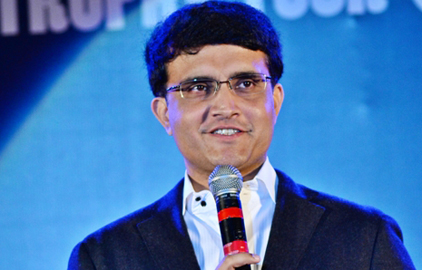 Sourav Ganguly hints at being the Indian team coach in future

Ganguly, who along with contemporaries Sachin Tendulkar and VVS Laxman is shouldering responsibilities for the selection of the head coach of the Indian cricket team, told reporters that he had contemplated taking up the coaching job about three years ago.

"To be honest, two-two and a half years ago, I was thinking myself someday I would want the job and now today I am selecting one, so that's how life is," Ganguly told reporters here at the sideline of an event.

Asked what's easier, the selection of a coach or the interview one faces, Ganguly said that he has not yet given an interview but expressed his desire of applying for one in the future.

"I have not given the interview. Hopefully someday I will," he said.

The former Indian captain also spoke about the 2006 saga involving himself and then coach Greg Chappell.

Terming the incident as 'messed up' he said, "It's amazing how life is. Twenty years ago I first played for the country. I once had the opportunity to select the coach and I thought I messed it up in 2006."

In one of the most ugly saga of Indian cricket, Sourav Ganguly, who had pitched for the selection of Greg Chappell as the coach of the Indian cricket team, had him sacked as the captain of the team and later had him axed.

Ganguly also thanked former teammates Sachin Tendulkar and VVS Laxman for their support and hoped to do justice to his role this time.

"Hopefully this time I do it correctly, he said, while adding, "I am lucky to have support from Sachin Tendulkar, VVS Laxman, the BCCI Secretary and BCCI President," Ganguly said.