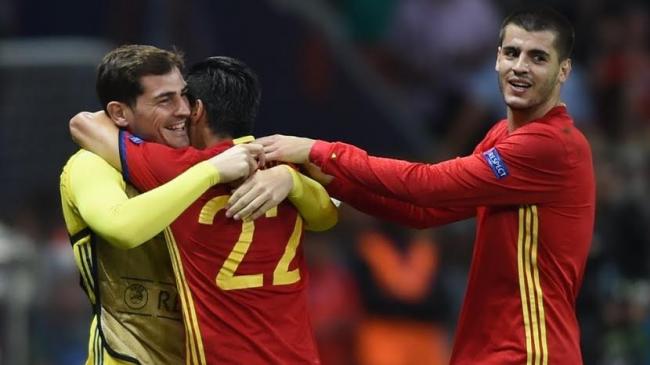 Spain ease past Turkey into round of 16 in UEFA

Álvaro Morata and Nolito continued their fine form as Spain sealed qualification from UEFA EURO 2016 Group D by breezing past Turkey. The former's second of the night was his fourth in his last three internationals, while Nolito's strike that doubled the Spanish advantage after 37 minutes made it five in his past five outings for the holders. Fatih Terim said in Thursday's press conference that a team cannot take on La Roja "without trying to actually play" themselves. Spain, however, afforded them little chance to do so. The breakthrough arrived following a foray by Jordi Alba. The left-back checked back and fed Nolito, whose cross was glanced in by Juventus ace Morata. Provider swiftly turned scorer, the Celta Vigo forward punishing Mehmet Topal's miscued header with a scuffed, first-time finish.   Further damage was forthcoming three minutes into the second period. Andrés Iniesta found Alba with a delicious threaded pass in behind and he laid on the simplest of finishes for Morata. Man of the match: Andrés Iniesta