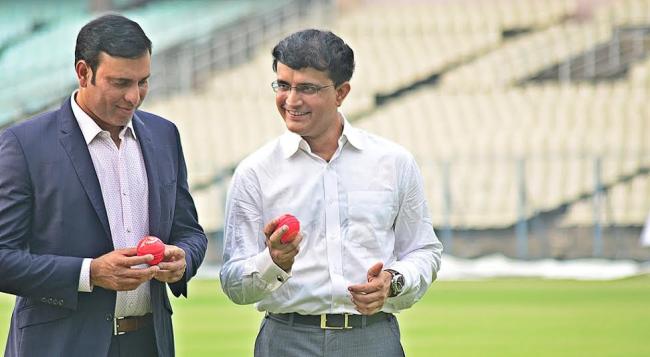 The panel discussion was attended by former Indian cricketer VVS Laxman and former Australian cricketer Dean Jones while it was moderated by commentator Harsha Bhogle.

Sourav felt very confident about the future of Test cricket with the pink ball.

He hinted that probably restructuring of Test cricket would revive the interest of the viewers.

“Like we sell IPL or T20 or ODI, Test cricket has to go that way. It needs proper marketing. Every thing in life needs innovation," Ganguly said.

He felt very optimistic about the beginning of the pink ball match when he said : “Lets start something new. The problem lies that before starting something we jump into too many conclusions.”

He even recounted his experience of having no problem in seeing the pink ball while captaining MCC in Dubai.

“I didn't find any difference with the red ball. I thought I saw the ball better,” said Ganguly.

He even declined the effect of dew in the day night match as it is summer now but he thought that problems may occur towards the end of the year.

Laxman tried to link the popularity of the Test match with the satisfaction of the players.

“The most important thing for a cricketer is to get satisfaction and the only way you can get is when the crowds coming and watching it. Day night match is actually an opportunity for test cricket lovers to come to the ground and watch the match and that is very important for the cricketers and future of test cricket,” said Laxman.

CAB President expressed his wish to keep a bit of grass on the wicket while playing with pink ball which would probably make the Indian bowlers better and would improve the performances of India in overseas.

Talking about Indian spinner Ravichandran Ashwin with pink ball, Laxman said: “He has got variations. His only concern would be the softness of the ball.”

Whereas, Sourav feels Ashwin should be given few months time to bowl better with the pink ball.