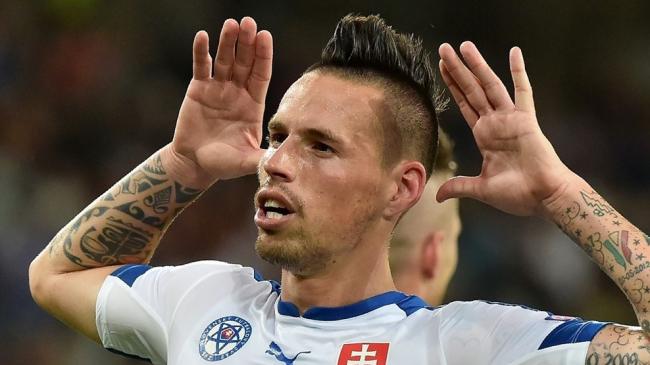 An initial flurry of activity having been swatted away stern-faced by a solid-looking Russian defence, Slovakia were starting to creak ominously when Hamšík delivered a wondrous pass from midfield to Weiss; he took three quick touches, wrong-footing two Russian defenders, and swung a shot across Igor Akinfeev and inside the goalkeeper's left-hand post.

If that was hard on Russia, what happened next was harder, Hamšík receiving Weiss's short corner from the left and winging a powerful shot in off the upright. Half-time: 2-0. Slovakia's shots-on-goal count: two.

Two half-time changes retooled Russia into more outwardly aggressive side, Artem Dzyuba the sapper detailed with undermining Slovakia's defences. However, it was substute Denis Glushakov who headed in from Igor Shatov's cross to prompt a frenzied finale. Slovakia held on, but only just.


Man of the match: Marek Hamšík