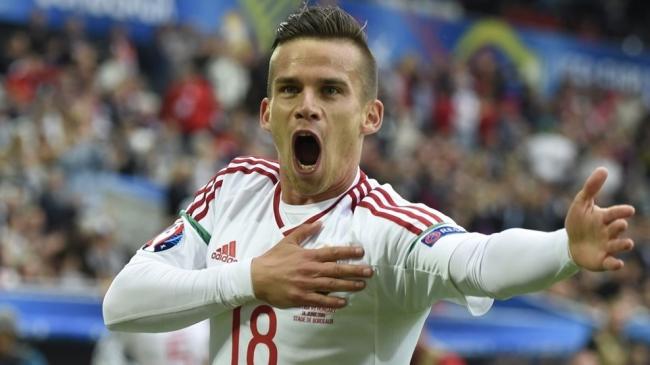 Austria began the match favourites and David Alaba, unsurprisingly, was at the centre of their play. In the very first minute Alaba hit the post, though perhaps the best chance before the interval fell to Martin Harnik, who slipped as he looked to finish a sweeping move. The prettier football was played by Hungary, though, with László Kleinheisler standing out.

It was Kleinheisler who combined excellently with Szalai for the opener, the 28-year-old sweeping the ball in before running to the boisterous Hungary fans behind Robert Almer's goal.

Not long after, Aleksandar DragoviÄ‡ received a second yellow card to make Austria's task even tougher and, near the end, substitute Zoltán Stieber broke clear and coolly chipped Almer before celebrating, with the 10,000-plus Hungarian supporters, a win that before the game coach Bernd Storck said would be a "miracle".