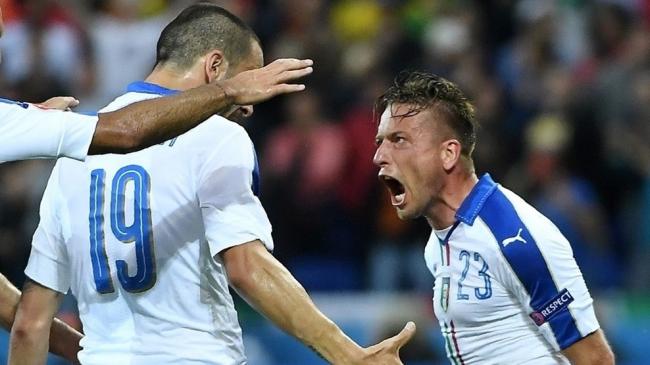 For all their gifted individuals, the Red Devils looked a disjointed force in the opening half as both Eden Hazard and Kevin De Bruyne ran into white shirts whenever they took possession. Radja Nainggolan had the first glimpse at goal, elicting a save from Gianluigi Buffon, but the 18,000 or so Belgian fans in attendance were in for a shock on 32 minutes when the Azzurri went ahead via a moment of excellence.

Leonardo Bonucci started it, picking out Emanuele Giaccherini with a wonderful lofted pass over Toby Alderweireld, and the Bologna midfielder controlled well before slotting past Thibaut Courtois for his first international goal since 2013. Belgium were rattled, and both Antonio Candreva and Graziano Pellè could have stung them with a second shortly after.

Pellè then forced Courtois into a one-handed save from a header as the second period began at a livelier pace, and Romelu Lukaku nearly levelled when he flashed wide on the counter. Suddenly there was a little more intensity about Marc Wilmots's men, substitute Divock Origi wasteful with a header, but the Italian resistance held firm – and they had the final say when Pellè volleyed in emphatically in added time.

Man of the match: Emanuele Giaccherini