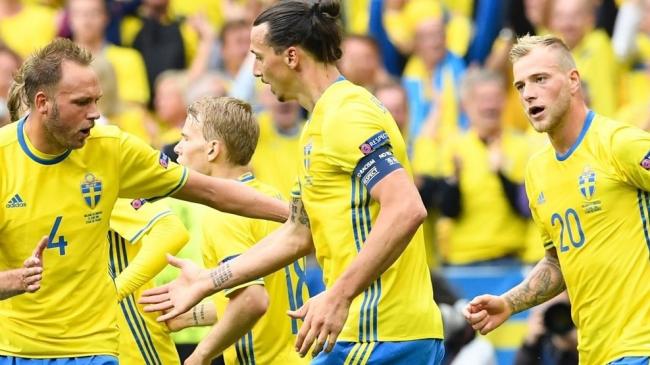 Ireland had been the more purposeful team in the first half and Wes Hoolahan's goal just after the break gave them a deserved lead. It was wonderfully constructed and taken, Seamus Coleman's weaving run and deep cross being met perfectly on the half-volley by Hoolahan.

Before that, it looked like the source of an Irish goal would be fellow midfielder Jeff Hendrick. After forcing an early save from Andreas Isaksson, Hendrick beat the Sweden No1 from 25 metres after a nice give-and-go with Shane Long. However, his curling effort cannoned off the top of the bar. John O'Shea had already gone mightily close for Ireland but couldn't get anything on Clark's flick.

A tame free-kick into the wall from talisman Zlatan IbrahimoviÄ‡ rather summed up Sweden's opening period. They sparked after Ireland scored, though a goal didn't appear likely until IbrahimoviÄ‡ got away down the left and crossed into a dangerous area, Clark inadvertedly doing the rest.