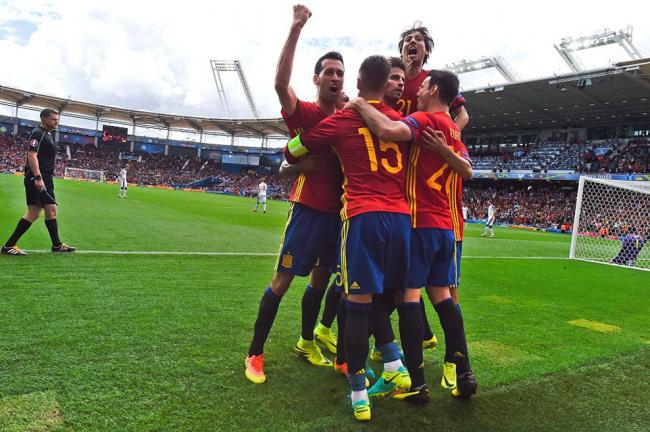 Andrés Iniesta's inswinging cross was met by the head of his Barcelona colleague just when it seemed the points were to be shared. The Czech defence were missing the suspended Marek Suchý but coach Pavel Vrba set up a cautious selection with effectively six at the rear. Whenever Spain had the ball, both wingers withdrew to outflank the full-backs – and it so nearly worked.

Petr ÄŒech was alert to all first-half danger when a Spain team with Iniesta pulling the strings did break through, though moments before half-time David de Gea, preferred to Iker Casillas, did have to block from Tomáš Necid on the counterattack. Right at the start of the second half there were more fantastic saves from ÄŒech and Ladislav KrejÄí's brilliant saving tackle looked to have secured a point. Piqué had other ideas.